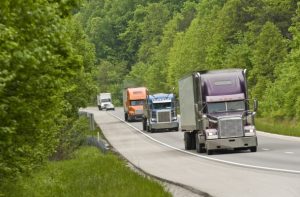 The Trucking Alliance, also known as the Alliance for Driver Safety & Security, issued a statement in opposition to specific language included in the hours of service provision included in a Senate appropriations bill.
If approved, the Transportation, Housing and Urban Development appropriations bill would prevent the currently suspended 34-hour restart rule put in effect in 2013 from being reinstated without scientific proof that it contributes to significant safety benefits on the road. Under hours of service regulations, drivers must take a 34-hour break in order to restart their work week duty count. In 2013, the Federal Motor Carrier Safety Administration further mandated that the 34-hour restart include two overnight periods from 1-5 a.m. It also restricted how often a driver can use the restart.
Last year, Congress approved a measure to suspend the more restrictive version of the 34-hour rule and reinstate the version in effect prior to 2013 pending a study by FMCSA to determine the real-world safety effects of the rule. Lawmakers now intend to extend the suspension indefinitely unless the agency can definitively prove the rule increases road safety. The Trucking Alliance posits that the language in the THUD bill intended to extend the suspension is problematic. The verbiage in question reads, “If the 34-hour restart rule in effect June 30, 2013, is restored, then drivers who use the 34-hour restart may not drive after being on duty more than 73 hours in a seven-day period.”
The alliance objects to the rule for several reasons. First, the organization supports an approach to hours of service regulation that would be guided by real-world data on truck driver hours collected from the electronic logging devices every truck will be required to use by December 2017. Second, codifying the hours of service rule through Congressional law would severely restrict FMCSA’s power to change the regulation in the future.
Limiting drivers to 73 hours in a seven-day period would create problems, as well, says the Trucking Alliance. Drivers currently operate under limits of 60 hours for seven days or 70 hours for eight days; therefore, the 73 hours in seven-day limit could create confusion for both drivers and enforcement officers. Furthermore, it would effectively increase the work week by 13 hours for drivers on the 60-7 schedule.
Source: The Trucking Alliance