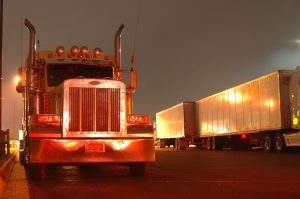 Following Tuesday’s issuance of the final text of the next round of federal emissions regulations targeting Class 8 tractor-trailers, trucking industry groups expressed both support for the rule and concerns about the impacts the rule could have on the industry and equipment costs.
The new rules, which span a nearly 1,700-word document released Aug. 16 by the EPA and the DOT, further restrict the amount of greenhouse gas emissions trucks can emit, eventually culminating in full tractor-trailer emissions restrictions for year-model 2027 trucks and trailers. The rule’s commonly dubbed Phase 2 of trucking industry emissions regulations and will immediately follow its Phase 1 predecessor, which spanned from 2007 to 2017. Phase 2 deadlines begin in 2018.
As noted in Overdrive’s initial coverage of the rule Tuesday, the Truck and Engine Makers Association says it’s reviewing the rule to determine whether it will drive up costs for truck buyers. The association called the rule “highly complex,” and said it could “impose enormous costs” on truck buyers, like fleets and owner-operators, and truck makers if the rule does not align with the industry’s needs.
The Owner-Operator Independent Drivers Association told Overdrive via email that it also is still reviewing the rule, but the group expressed concerns about the rule’s nine-year timetable for implementation. “Forcing a standard that can lead to problems with reliability and maintenance ultimately has no benefits to the environment if no one wants to buy the product,” OOIDA said.
Truck operators are the linchpin to better fuel economy and, therefore, lower emissions, OOIDA said. “Truckers themselves have the most influence on fuel economy by way of proper training and so we recommend allowing OEMs to innovate on a more common sense timetable that benefits the industry and the environment.”
The American Trucking Associations released a statement Tuesday saying it’s “cautiously optimistic” about the rule. ATA said it hopes the rule doesn’t disrupt manufacturer or fleet operations. “We are encouraged that they (regulators) addressed several important issues in the final rule including undertaking annual rule assessments, not accelerating compliance timelines from those originally proposed and refining emissions modeling based on industry data,” said ATA President Chris Spears. “However, while the potential for real cost savings and environmental benefits under this rule are there – fleets will ultimately determine the success or failure of this rule based on their comfort level purchasing these new technologies.”
Daimler Trucks North America, maker of Freightliner and Western Star trucks and Detroit engines, said it supports the rule. DTNA praised the nearly decade-long implementation period.
“This ensures that no unrealistic cost of acquisition pressure will be placed on our valued customers and in the end, will avoid unnecessary burden on the cost of transportation, which is essential for the prosperity and competitiveness of the economy,” DTNA said in a statement.
However, DTNA said the new emissions regulations will be a major project for an industry fresh off a decade-long build-up to meeting 2010, 2014 and 2017 emissions hurdles. “Improving efficiency by as much as 25 percent for tractors and vocational vehicles over the course of more than a decade is a tremendous challenge for an industry that has been treating fuel efficiency as a first order priority for our customers for many decades,” DTNA said. “The up-to-five percent engine efficiency improvement included in the overall efficiency target will require continued development of engine technology while providing OEMs the needed time and flexibility to deploy the most effective balance of engine and vehicle technologies to our customer base.”