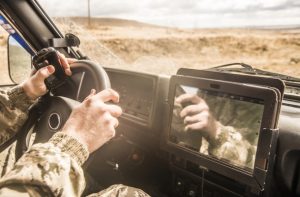 The Federal Motor Carrier Safety Administration issued a final rule amending its commercial driver’s license regulations to ease the transition of military personnel into civilian careers driving commercial motor vehicles by simplifying the process of obtaining a commercial learner’s permit or CDL. The final rule extends the period of time for applying for a skills test waiver from 90 days to one year after leaving a military position requiring the operation of a CMV.
The rule also allows a state to accept applications from active duty military personnel who are stationed in that state and to administer the written and skills tests for a learner’s permit or CDL. States that choose to accept such applications must use forms and procedures acceptable to the state of domicile of the military personnel (their state of permanent residence or “home” state) and must transmit the test results electronically to the state of domicile. The state of domicile may issue the permit or license on the basis of those results.
Click here to read the Federal Register notice.