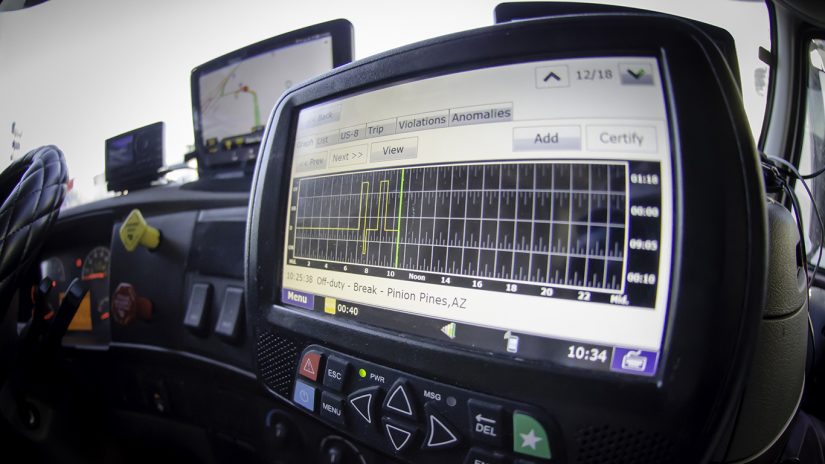 The Department of Transportation has declined to file a brief opposing the Owner-Operator Independent Drivers Association’s request for the Supreme Court to hear its lawsuit against the federal government’s electronic logging device mandate.
Paul Cullen Sr., the attorney representing OOIDA and truckers Richard Pingel and Mark Elrod in the ELD challenge, says it’s not uncommon for the government to decline to file in such court cases. However, he says, the Supreme Court could ask DOT and its Federal Motor Carrier Safety Administration to file an opposition brief before deciding whether or not to hear the case.
OOIDA filed a writ of certiorari in April asking the nation’s high court to hear the case and, ultimately, to strike down the mandate. The Supreme Court could decide as early as June whether to take up the case, says Cullen, but if the Supreme Court justices decide to ask DOT to file comments, it could delay the court’s decision to hear the case, Cullen says. The Supreme Court receives hundreds of petitions each year but usually only hears a few dozen cases.
The 7th Circuit Court of Appeals in October decided against OOIDA in the case, ruling instead to uphold the mandate in full and retain its Dec. 18, 2017, compliance date.
OOIDA’s key argument in the case is that the mandate violates truckers’ Fourth Amendment rights against warrantless search and seizure — a point OOIDA Executive Vice President Todd Spencer says Constitutional significance beyond the ELD mandate and thus makes the case ripe for Supreme Court review.
“Given the conflicting decisions made by lower courts regarding the Fourth Amendment, this case could have serious implications for millions of ordinary citizens going about their normal work days under constant, electronic surveillance without warrants,” Spencer says.
OOIDA originally filed the suit in 2016, seeking to have the mandate buried. In addition to arguments that it violates truckers’ Fourth Amendment protections, OOIDA also says the rule does not comply with Congress’ requirements for such a mandate.
DOT has maintained the rule does comply with Congressional requirements and that the rule is not a violation of truckers’ rights, given that trucking is a “pervasively regulated” industry, which courts have ruled gives regulators broad authority to enact rules to protect public safety, DOT argues.