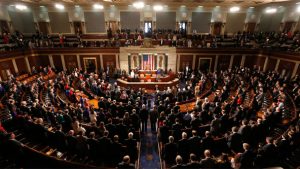 The Senate made it official Thursday: The various special interest groups with a stake in the next highway bill have two more weeks to bombard Congress with their pleas for this, that and the other.
Assuming a Friday okay from President Obama, House and Senate conferees will have until Dec. 4 to come up with a compromise surface transportation authorization bill that contains the least objectionable funding and policy ideas from their respective, multi-year proposals.
Broadly, a recent push from some key members seeks to shorten the bill’s timeframe and increase funding for those fewer years.
In terms of policy related to trucking, however, the extension means elected officials will be challenged to stay the course and retain language that makes substantial reforms to the way the Federal Motor Carrier Safety Administration regulates the industry. Highway safety and consumer advocacy groups continue to warn their members that what’s good for the trucking business is bad for the general public.
Indeed, the funding package “inexplicably continues a starvation diet” for both FMCSA and National Highway Traffic Safety Administration, according to a letter Consumer Watchdog and the Consumer Federation of California wrote to Sen. Barbara Boxer, the California Democrat and ranking member of the committee responsible for the policy portion of the Senate bill.
“NHTSA and FMCSA need an infusion of serious money to get their very large and complex jobs accomplished,” the letter says.  “Why are these agencies being starved for funds? Please correct this unacceptable situation.”
The groups also call on Boxer to remove “the ill-advised provision” that would allow CDL holders under the age of 21 “to drive big rig trucks” in interstate commerce.
“This is the first highway bill in 25 years without a bipartisan agenda of safety improvements,” the letter says. “As a major sponsor and advocate for the Drive Act, you have a responsibility to influence the direction taken by the conference committee to ensure the final highway legislation that emerges truly protects consumers and their safety.”
The Truck Safety Coalition likewise continues to urge its supporters to and to opposed “teen truckers.” Other “talking points” on the latest e-mail blast from the coalition include opposition to provisions in the bill that would:
– Remove “critical safety information” in the Compliance, Safety, Accountability program from public view
– Place regulatory hurdles on FMCSA rulemaking regarding the minimum insurance requirements for large trucks
– Shield brokers and shippers from responsibility based on low, non-performance based standards related to hiring decisions of motor carriers; and
– Allow classes of truck drivers to apply for greater hours of service exemptions.
“Help us remind Congress that they should be passing a bill that strengthens safety, not weakens it,” the coalition says.
And even the Union of Concerned Scientists is getting into the act.
“If you thought legislation that ensures that the government continues to repair our roads, bridges and transportation infrastructure is one of those bipartisan ‘feel good’ opportunities for Congress, you haven’t been in Washington, D.C. lately,” opens a blog this week by Celia Wexler, senior Washington representative for UCS.
Among the “bad elements” in the House version of the bill that concern them is an amendment by ep. David Young (R-IA) that “pretends to be about transparency, when its real impact would be to stymie science-informed regulation.”
“Any federal agency covered by the transportation bill would be required to make the science informing all its regulations, no matter how small or insignificant, including cost-benefit analyses and other data, accessible to the public,” Wexler writes. “The Young amendment is written so vaguely that the experts can’t agree on what it actually means.
And the result could be that the agencies interpret the provision to mean they would be limited in how they regulate—or potentially face litigation over contradictory requirements for personal privacy and public accessibility to the research data.