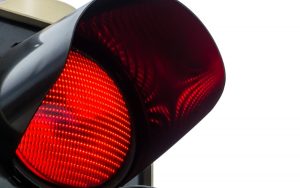 Trucking is undoubtedly one of the most heavily regulated industries in the United   States. The past few years have been especially turbulent with the adoption of the 2012 highway bill, the cost increase of freight broker bonds and the controversial hours of service rule, among others.
This year is going to be no exception. Several important laws and regulations have been announced and are awaiting their implementation, affecting motor carriers and freight brokers alike. Let’s look at them in more detail to see what shape trucking industry trends will take in 2016.
#1. Тhe Unified Registration System Will be Implemented Phase one of the roll-out of the URS already began late last year, and phase two is scheduled for September 30th. It will affect all motor carriers, freight brokers and other entities currently registered with the Federal Motor Carrier Safety Administration.
The URS will do away with all registration numbers currently in use, such as the MC, MX and the FF, and replace them with the USDOT numbering system in one comprehensive database. This is predicted to save time and money for the industry, thanks to reduced paperwork and processing times. It will also make it easier for FMCSA to track down high-risk small and mid-sized carriers trying to evade enforcement action.
#2. New Safety Fitness Rule Proposed by the FMCSA In January, FMCSA proposed a new rulemaking that aims to make it easier to evaluate safety fitness of motor carriers and identify non-compliance.
The proposed Safety Fitness Determination rule will introduce a new safety ranking “by integrating on-road safety data from inspections, along with the results of carrier investigations and crash reports, to determine a motor carrier’s overall safety fitness on a monthly basis.” The currently used model has three levels: satisfactory, conditional, unsatisfactory. The new rule will replace it in favor of an “unfit” score, meaning that a motor carrier would have to take immediate action and improve its rating or discontinue operation.
#3. Driver Coercion Mandate Has Just Begun FMCSA has been working on a coercion mandate, which is finally taking effect this year. It aims to prevent fleet owners from harassing their drivers, but the rule also applies to freight brokers and shippers.
FMCSA defines driver coercion as an action occurring when motor carriers, shippers or freight brokers “take employment action against, or punish a driver for refusing to operate in violation of certain provisions” of regulatory authorities. Drivers are now able to file complaints with FMCSA within a 90-day period of when the coercion occurred.
#4. More Training Required for New Drivers For much of the past two years, there has been talk of updating training requirements for entry-level drivers. At the end of last year, the proposal moved into the Office of Management and Budget for approval, which is the last step before it gets published in the Federal Register.
The new requirements are not yet publicly available but are expected to be published this year. The publication will be followed by the customary period for public comment. Some of the details known so far are that Class A drivers will be required a minimum of 30 hours behind the wheel, while Class B drivers will need 15. Many trucking groups, however, disagree with the minimum hours rule on the basis that there is no statistical evidence to back it up. In addition to that, the Entry Level Driver Training Advisory Committee has compiled a 10-page curriculum of performance-based requirements every new driver must fulfill.
#5. Speed Limiters Installed on Heavy Trucks This is an issue FMCSA has been trying to tackle for several years, and progress has been slow. In the middle of last year, the administration postponed setting a deadline for implementation once again, but 2016 may be the year it finally happens.
The rule is simple: FMCSA wants carriers to install speed limiters on heavy trucks (defined as vehicles with a GVWR of 26,000 pounds or more) in an effort to reduce the number of fatal crashes. According to the administration, the measure will not prove be costly, as most of these trucks already have speed limiters installed but have not set limiting parameters.
#6. A CDL Testing Database to be Established In the first half of 2016, we are expecting to see the publication of the final rule of the drug and alcohol testing clearinghouse, a requirement of the Moving Ahead for Progress in the 21st Century highway funding act.
When implemented, the rule will establish a database of drivers who have refused to submit to or have failed a drug and alcohol test. Carriers will be required to query the database before hiring a new driver. They would also have to report all incidents in which one of their drivers was cited for driving under the influence.