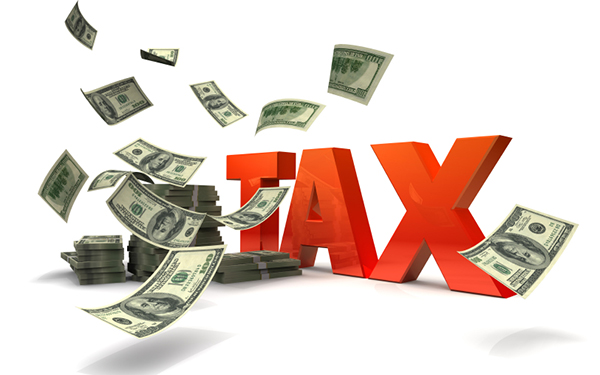 The Trump administration may support the first hike in the federal gasoline tax in decades to pay for President Trump’s $1 trillion infrastructure package.
Trump’s economic adviser Gary Cohn told House lawmakers on Wednesday that they’ll get a chance to vote on a gas tax hike early next year as part of an infrastructure bill, according to two lawmakers who were present.
“Cohn seemed receptive to it,” one meeting participant told The Hill.
Separately, an industry source tells The Hill that the White House intends to back a 7-cent gas tax increase to pay for U.S. roads, bridges, highways and other public works, though it’s unclear if the proposal would be included in initial infrastructure legislation or if the administration will push to have it added at the committee level.
Trump signaled some openness to raising the federal gas tax earlier this year, telling Bloomberg News that it’s something he would “certainly consider.” But the idea quickly drew opposition from GOP lawmakers and influential conservatives.
The proposal, once billed as a 100-day priority for Trump, has taken a back seat to other GOP issues such as tax reform and health care. And Republicans have essentially shut the door on the idea of using an upcoming tax-reform bill to set aside some money for infrastructure.
With that funding option likely off the table, officials are eyeing other potential offsets for the rebuilding plan, including a hike in the federal gas tax – a concept that has been batted around in transportation circles for years.
The Highway Trust Fund, which provides money for road construction and other transportation projects across the country, is financed by a federal fuel tax of 18.4 cents per gallon of gasoline and 24.4 cents per gallon of diesel fuel.
But the taxes have been frozen since 1993, even as the buying power of the revenue has been sapped by improvements in car fuel efficiency.
A hike in the tax would help fix the ailing trust fund, which the Congressional Budget Office predicts will be insolvent in the next decade without concrete solutions. The business community and labor unions have long been pushing to raise the gas tax.
But the proposal is sure to run into resistance from influential conservative groups like Americans for Tax Reform, which opposes any tax increases, and from many Republicans, who say the gas tax is not a sustainable, long-term funding solution.
Opponents also argue that it would be unfair to the growing number of states that have already raised gas taxes on their own.
“It’s like putting a band-aid on the problem,” Rep. Mario Diaz-Balart (R-Fla.), chairman of the Appropriations subcommittee on transportation, told The Hill on Tuesday.
Senate Majority Leader Mitch McConnell (R-Ky.), Speaker Paul Ryan (R-Wis.) and House Majority Leader Kevin McCarthy (R-Calif.) have long been staunchly opposed to the idea.
Some lawmakers want to pay for the initiative using the revenue from repatriation, or taxing corporate earnings stored overseas at a one-time, lower rate when it returns to the U.S. But the administration and GOP leaders have shown no indication that they plan to include any money for infrastructure in the tax-reform package.
Other lawmakers prefer to raise the fuel tax to help finance construction projects. Many Democrats, along with a small but fervent group of Republicans, support the concept, which also has the backing of the business community, the U.S. Chamber of Commerce and a growing number of red states.
While the issue is certain to face an uphill battle, some transportation advocates believe that having the support of the White House could help erode some Republican opposition in Congress and bring along key lawmakers such as House Transportation and Infrastructure Chairman Bill Shuster (R-Pa.), who has long maintained that all funding options are on the table when it comes to infrastructure.
Source: The Hill