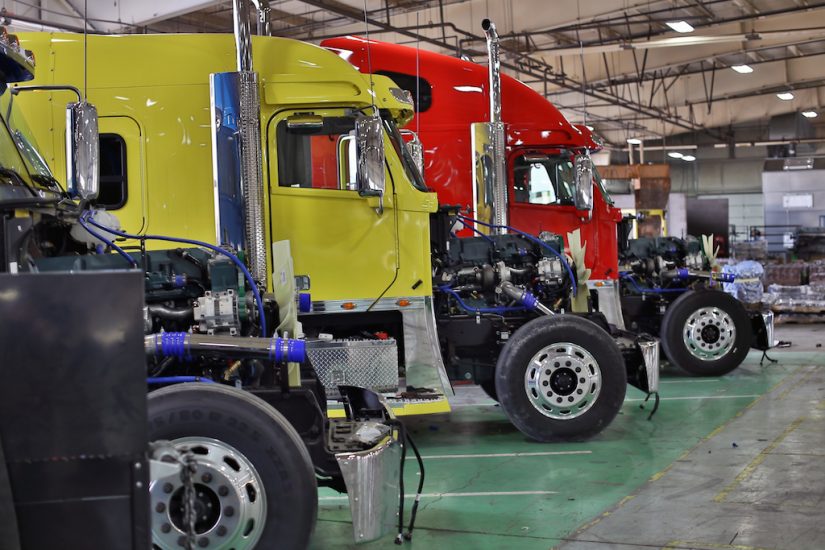 The White House’s Office of Management and Budget has concluded its review of an attempt by the Environmental Protection Agency to repeal Obama-era emissions regulations placed on glider kit trucks, paving the way for publication of the proposed rule.
The OMB approved the proposal as “consistent with change,” meaning it issued recommendations to the EPA to alter the rule, but not substantively enough to delay its publication in the Federal Register. The EPA will likely publish the proposed rule in the coming weeks and accept public comments for 60 or 90 days. The OMB cleared the proposal just two and a half weeks after the EPA submitted it, signaling the administration is moving quickly to repeal the regs ahead of their effective date in January.
No details about the rule have been made public. According to a summary in the OMB’s regulatory dashboard, it would repeal the emissions standards enacted in 2016 by the EPA that threatened the glider kit industry because of its use of older engines.
The tightened emissions regulations placed on glider kit trucks were part of the sweeping Phase 2 emissions standards put in place by the Obama-era EPA. The EPA’s new glider kit rule would not affect the other components of the Phase 2 standards, which call for dramatic reductions in emissions of greenhouse gases by tractor-trailers. Those standards will be phased in over 10 years, should the Trump EPA not alter them.
The glider kit-specific portions of the Obama-era Phase 2 standards would force glider vehicle manufacturers, such as Fitzgerald Glider Kits, to drastically alter operations to meet the standards. Fitzgerald said last year that the rule would “decimate” the glider kit business, which accounts for about 3 percent of total new truck sales each year.
EPA representatives said last year, however, that the roughly 10,000 glider kits sold each year emit about the same amount of greenhouse gases and NOx as 200,000 trucks with engines compliant with 2010 emissions standards.