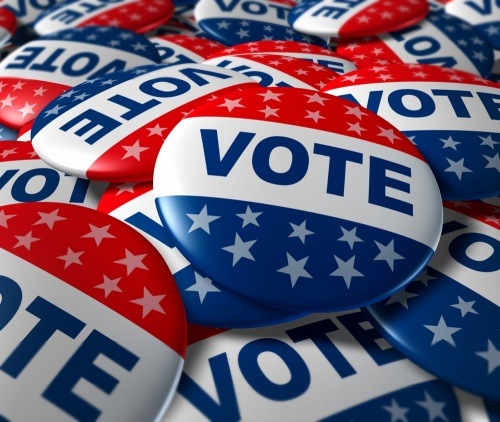 Two truck drivers, one a political newcomer and the other an evangelical minister turned progressive activist, are running for governor in their respective states.
Bryan Messenger, a 28-year-old company driver, is running for governor of Kentucky as a Republican. Jason Childs, 46, seeks to be on the ballot as a Democrat for the governorship of Alabama.
Childs, a resident of Gadsden, Ala., got his CDL and started driving over the road in 2006. Today he drives a 623-mile dedicated run from northeast Alabama to Canton, Miss., delivering auto parts.
Childs says his political awakening came in 2010 when the daughter of a friend was told she could not attend the high school prom with her girlfriend. Childs successfully argued the girl’s cause, and that prompted him to create the Center for Progress in Alabama. He describes it as a progressive public policy and advocacy organization.
Issues Childs is running on include:
-Increasing the state’s minimum wage to $10 per hour, eliminating the state tax on grocery items and increasing state social services for people in need.
-Creating a state lottery and a casino zone along the Gulf Coast to help fund education.
-Increasing funding for law enforcement agencies.
-Legalizing marijuana, which Childs said would raise as much as $88 million in taxes for the state.
-Supporting the rights of lesbian, gay, bisexual and transgender residents.
Childs says he expects competition in next June’s Democratic primary. The general election is in November 2018.
Messenger has more time to generate support for his run for the Kentucky governor’s mansion. That election is not until November of 2019.
Messenger said he held a number of dead-end jobs before becoming a trucker three years ago.
The Somerset, Ky., resident, who grew up in Florida, said the motivation for getting into politics about two years ago was the same as becoming a truck driver: To make sure his children have a better life than he did growing up.
Towards that end, Messenger’s stances include:
-Improve the state’s economy.
-Provide greater support for the state’s criminal justice system, including sending drug offenders to residential rehabilitation instead of jail.
-Improve public education by supporting teachers he says are overworked and underpaid and by elevating public colleges to Ivy League standards.
-Eliminate sanctuary cities and the deportation of illegal immigrants.
-Improve the business climates for manufacturing and health care.