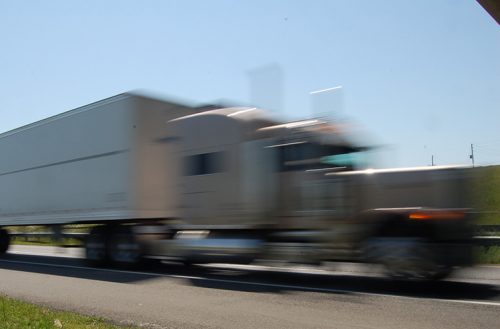 The U.S. Department of Transportation, as expected under the Trump administration, has signaled it will not continue to pursue a rulemaking to mandate the use of speed limiters in the trucking industry, at least any time soon.
In its latest biannual update to its regulatory calendar, the DOT has moved the speed limiter mandate, which was issued as a proposed rulemaking last September, to a long-term agenda item, away from the active rulemakings list. Given the erosion of industry support for a speed limiter rule over the past year and the Trump administration’s reluctance to implement new regulations, industry stakeholders assumed the Trump DOT would drop or stall the speed limiter rulemaking.
Thursday’s update to the DOT calendar confirmed those expectations.
The DOT report also marked the ongoing sleep apnea screening rulemaking as withdrawn sometime in June, though the report didn’t specify a date. The rulemaking regarding sleep apnea screening for truck operators would establish protocol for which truck drivers would be required to be tested for obstructive sleep apnea during the medical certification process. The DOT did not indicate when it would attempt to pursue such a rule, if at all.
“FMCSA has determined there is not enough information available to support moving forward with a rulemaking action and so the rulemaking will be withdrawn,” the report reads.