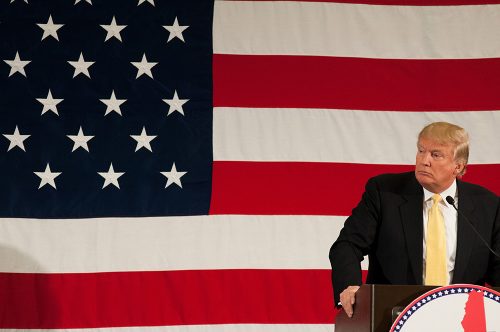 Opportunities for trucking regulatory reform exist with the Trump administration, say trucking trade associations and analysts, but not to the extent some may hope for. Ultimately, industry lobbyists hope Trump forces the U.S. DOT to overhaul the way it develops new trucking regulations and builds better relations with the industry it regulates.
“We’re all going to find out if Trump and the Republicans can deliver,” says Joe Rajkovacz, director of governmental affairs for the Western States Trucking Association. “FMCSA positions on many issues are politically influenced. It is now time for Republicans to reverse FMCSA’s adversarial relationship with the trucking industry. The FAA doesn’t approach the airline industry as ‘enemy of the state.’”
Rajkovacz, a former owner-operator, says his group wants Trump to sign executive orders to “significantly beef up” how FMCSA determines the perceived benefits of its regulations. WSTA hopes the Trump administration places a greater emphasis on results-based regulations than previous administrations, Rajkovacz says
“When it comes to DOT, they always couch everything from a safety perspective, but then there is no retrospective review to find out if their regulations actually achieved what they originally claimed in the first place,” he says.
The American Trucking Associations also plans to push the Trump administration to force the Federal Motor Carrier Safety Administration, a sub-agency of the U.S. DOT, to draft more sensible regulations. “What we hope to see from a Trump administration is a more inclusive and data-driven regulatory process – one focused on good, sound safety and economic outcomes, rather than a process that drafts regulatory solutions in search of problems,” says ATA’s Executive Vice President for Advocacy, Bill Sullivan.
Opportunities also exist for derailing state efforts to regulate truckers and carriers, says Sullivan. “Specifically, if you look at things like pre-empting the patchwork of state-level regulations on the trucking industry such as state meal and rest break rules or unwinding other labor-related rules,” he said.
ELDs and emissions regs
The ELD mandate, which became law last December and gave carriers two years to comply, was mandated by Congress in 2012 with a strong Republican majority in the House. Lane Kidd, head of the carrier coalition the Trucking Alliance, says he doubts Congress will walk back regulations it initiated. “To roll back Congressional actions — that would be far fetched,” he says.
Todd Spencer, executive vice president of the Owner-Operator Independent Drivers Association, agrees. “We’ve had Republican control of both the Senate and the House for quite a while. Unfortunately, the ELD rule was pushed through by Republicans in Congress, even some Tea Party Republicans,” he said.
However, tractor-trailer emissions regulations finalized this year by the U.S. EPA could be a target for the Trump administration, both Kidd and Spencer said. The new standards take hold next year and will be phased in through 2027. “I can see where Congress could roll back or stall regulations initiated at the agency level,” Kidd says. “There’s a chance, but whether there’s probability — that’s the big question.”
Spencer said his group hopes to engage the Trump administration on Phase 2 tractor-trailer emissions regulations in hopes of having the regulations reevaluated and expanding the 10-year implementation period.
Infrastructure, privatization and tolls
Trump said throughout his campaign for the White House he wants major investments in U.S. infrastructure, calling for $1 trillion on infrastructure projects during his presidency.
He reiterated the point in his victory speech the night of the election. “We’re going to fix our inner cities and rebuild our highways, bridges, tunnels, airports, schools, hospitals,” Trump said. “We’re going to rebuild our infrastructure, which will become, by the way, second to none.”
Major infrastructure packages are challenging to pass, says Spencer, especially since Congress changed little in the election. “Pretty much all the same players are still there,” he says.
Like all spending bills, the challenge is finding funding, says analyst Jonathan Starks, Chief Operating Officer of transportation research group FTR. “Lots of candidates have called for good investment in infrastructure, but the trouble is coming up with mechanisms to pay for it,” he said. “So far we haven’t come up with that plan.”
Trump says he would incentivize private businesses to invest in infrastructure projects by offering them tax incentives. Such privatization of U.S. roads could lead to more tolls, Spencer says.
“The closest Trump came to suggesting how things might be paid for is through privatizing. That sounds good to the financial community but it generally doesn’t play out that well on Main Street — it simply means more tolls,” he said. OOIDA is “open to sustainable funding that’s fair to highway users. The tried and true mechanism of paying for roads and bridges is through fuel taxes. If that’s ruled out, the dilemma gets bigger and harder to resolve,” says Spencer.
Kidd says Congress could act as early as next year on a major infrastructure funding bill. He also says the funding source is unclear, yet paramount to such legislation. “The big question is how will it be paid for? I think Trump at one point hinted at bonds being one avenue. Bonds have proven to be an effective way to finance infrastructure by borrowing against future fuel tax revenue,” he says. “It will be interesting to see what would be supported by trucking companies. We always want better roads, until we look around and see who’s going to pay for them.”