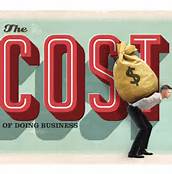 The 30-day window for public comments to be filed on the DOT’s March 7-published regulatory proposal to set up minimum training standards for entry-level truck drivers is closing quickly, with just 7 days remaining until the April 6 end date.
The DOT’s Federal Motor Carrier Safety Administration is soliciting feedback on its proposal from trucking industry stakeholders like owner-operators, and formal comments can be filed on the rule at this link, which houses the new regulation’s docket in the regulations.gov federal rulemaking portal.
As reported by Overdrive earlier this month when the agency unveiled the proposal, the entry-level driver training rule has three key components: (1) establishing a required core classroom curriculum for those seeking a Class A or Class B CDL, (2) requiring entry-level drivers to obtain 30 hours of behind-the-wheel training prior to receiving their CDL and (3) establishing a registry of FMCSA-approved driver trainers and driver training schools.
What will the new requirements cost the industry? FMCSA pegs its estimate at $5.5 billion over the 10-year period of 2020-2029, calculated in 2015 dollars. That’s on an “undiscounted basis,” FMCSA says, and includes the cost of all parties involved, including carriers, drivers, trainers and state agencies.
Drivers themselves will bear the bulk of the rule’s costs, according to FMCSA’s calculations, to the tune of nearly half a billion in 2020 and about $539 million by 2029. Those figures are based on factors like tuition costs and time in training, FMCSA says.
The collective cost for is estimated to be $27 million in the first year the rule is implemented, likely 2020, and climb incrementally until 2029 to an FMCSA-estimated $30 million.
However, the agency says, the rule’s perceived benefits will mitigate those costs, even if indirectly. For instance, the agency writes, “Training would lead to more efficient driving techniques, resulting in a reduction in fuel consumption and consequently lowering environmental impacts” of emissions.
The agency says better trained drivers will save the industry $75 million in fuel costs in 2020 and $178 million a year by 2029.
Other benefits listed by FMCSA include lower maintenance and repair costs ($44 million in 2020 and nearly $100 million by 2029) and non-quantifiable benefits, such as less severe crashes, says FMCSA.
What do you make of the agency’s costs and benefits of the rule? File your comment here.