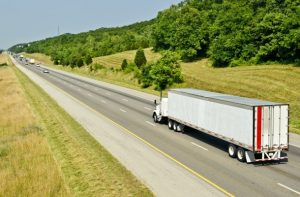 The level of freight shipments in July measured by the Freight Transportation Services Index reached its all-time high at 124.6, according to the Bureau of Transportation Statistics. The June index was revised to 122.6 from 122.3. Monthly numbers for January through May were revised up slightly.
The July Freight TSI increase of 1.6 percent from June was due to growth in trucking and rail carloads, while all other modes declined. (Data on individual modes is seasonally adjusted by BTS.) The July increase was driven by growth in the mining (including oil and gas well drilling and servicing), utility and manufacturing sectors of the economy. The Federal Reserve Board Industrial Production index rose 0.7 percent in June. Housing starts were 2.1 percent above the June level; personal income was 0.4 percent above the June level; and employment grew by 255,000 jobs.
July’s increase marked the fourth consecutive monthly increase. The combined growth of 4 percent over the four months from March to July was the first time the TSI rose for four months in succession since December 2014. In addition, the rise was the largest increase over a four-month period since February 2013. The new high exceeded the previous high (123.6) in December 2014 by 0.8 percent. The index has risen 31.6 percent since the low of 94.7 in April 2009.
Year-to-date, freight shipments measured by the index were up 2.7 percent in July compared to the end of 2015. July 2016 freight shipments were up 1.7 percent from July 2015 (Tables 4, 5).
Freight shipments are up 13.4 percent in the five years from July 2011 and are up 11.3 percent in the 10 years from July 2006.
The Freight TSI measures the month-to-month changes in freight shipments by mode of transportation in tons and ton-miles, which are combined into one index. The index measures the output of the for-hire freight transportation industry and consists of data from for-hire trucking, rail, inland waterways, pipelines and air freight.
Source: Bureau of Transportation Statistics