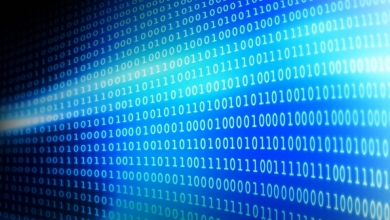 A yearly survey conducted by global law firm Norton Rose Fulbright among 196 logistics providers, manufacturers, financiers, and government regulators, among others, founds that 43% of respondents believe big data and predictive analytics will be the most significant driver of change in the transportation industry over the next five years.
According to the eighth “The way ahead” poll conducted by the law firm, one fifth of respondents view new technology as the “optimal investment opportunity” for their industry, ahead of investment in infrastructure improvements.
However, as the transport sector increasingly looks to become more “digitized” in the near future, some 82% of respondents anticipate an increase in cyber-attacks over the next five years.
On top of that, the impact of global political uncertainty (29%) and a global recession (22%), are seen as the greatest threats to the sector over the next five years according to those polled.
“Technology investment is on the rise and that seems likely to continue,” noted Harry Theochari, global head of transport for Norton Rose Fulbright, in a statement.
“Big data and predictive analytics give operators the ability to anticipate repairs and maintenance and to better understand and forecast consumer behavior,” he explained. “That gives those operators a significant competitive advantage at a time of increasingly fierce competition across the sector.”
Yet there is no mistaking the “apprehension” as Theochari dubbed it among those involved in transportation regarding the impact global political uncertainty will have on their businesses.
“This is unsurprising when you consider that the success of the transport sector relies on strong global trade and the ability to operate with as few restraints as possible,” he pointed out.