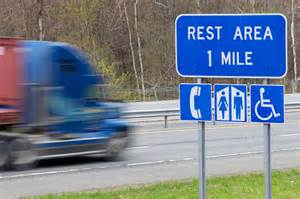 A DOT-sponsored report released March 10 concludes the connection between hours of service regulations, truck driver fatigue and accident frequency is hard to make based on available data and that barriers exist in researching such connections.
The researchers also suggest that current hours of service rules are limited in their ability to effectively manage driver fatigue, due to their limitations in managing drivers’ rest when they’re off duty.
The new report, published by the National Academies Press under the title Commercial Motor Vehicle Driver Fatigue, Long-Term Health, and Highway Safety: Research Needs, could represent moves toward providing research to bolster potential future enforcement as it relates to truck operator fatigue.
The report found that substantial data gaps exist on issues surrounding driver fatigue and sleep, and those gaps limit the understanding of all of the factors that affect driver health and wellness and their crash risk.
For instance, although considerable data at various levels of private industry and government are collected on drivers who work for large carriers, much less information is available on those who work for small carriers, especially independent owner-operators, the report found.
The authors recommended several improvements in data and research methods by the FMCSA to support a more comprehensive understanding of the relationships between operator fatigue and highway safety and between fatigue and long-term health.
The U.S. Department of Health and Human Services and/or the U.S. DOT should fund, design and conduct an ongoing survey that will allow comparisons of truck drivers to enable tracking of changes in their health status and the factors likely to be associated with those changes over time, the authors noted.
It would be “highly desirable to link the collected data with relevant electronic health records,” the report’s authors go on to say, also casting doubt on the ability of both the current hours of service regulations and driver medical certification procedures to effectively deal with the issue of fatigue. Hours of service limitations do little to effectively ensure adequate off-duty rest, the authors note, and little evidence exists that required medical exams in the certification process are effective “in determining drivers who are prone to excessive fatigue due to sleep apnea or other medical reasons.”
“Some evidence indicates that medical examiners have been inconsistent,” the report’s authors note, “in the criteria they apply in evaluating the risk of medical conditions that may lead to driver fatigue.”
The report further recommended that FMCSA:
–          Increase the availability of relevant data for researchers by incentivizing those who capture driver performance data — large fleets, independent trucking associations, and insurance companies — while ensuring data confidentiality.
–          Use particular statistical design and analysis methods to account for factors that confound comparisons between control and treatment groups in crash studies.
–          Answer a long list of particular research questions that “should assist FMCSA in understanding the costs and benefits of proposed changes to its policies for the [hours of service] regulations, medical certification, and voluntary-use resources within the North American Fatigue Management Program.”