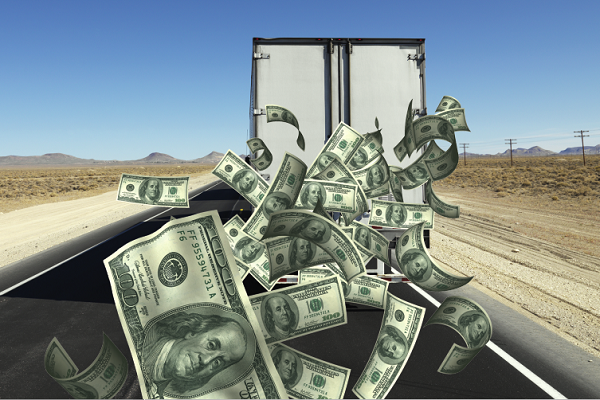 As most shippers can tell from their rising freight bills, carriers have taken advantage of a seller’s market in transportation as a strong economy, surging demand and labor and capacity shortages is causing multiple pain points for logisticians.
That’s the conclusion of the 29th annual State of Logistics report produced by A.T. Kearney in partnership with the Council of Supply Chain Management Professionals and Penske Logistics.
Entitled “Steep Grade Ahead,” the report discloses that U.S. business logistics costs were on the rise again last year after declining in 2016 for the first time since 2009. Those costs rose 6.2 percent last year, perhaps foreshadowing more of the same for this year.
The primary rising cost is drivers, with the truck driver shortage estimated by American Trucking Associations as being in excess of 50,000. The SoL report, while noting the driver shortage is “nothing new to the industry,” says the shortage is contributing to sharply higher pay which eventually is being borne by higher shipping rates.
The recently enacted tax cut for some upper- and middle-income Americans is expected to add 0.7 percent to Gross Domestic Product this year. But the report noted that some of those gains could be erased by the recently enacted tariffs on China, 28 European Union nations as well as Canada and Mexico.
Transportation costs rose 7 percent annually last year with private or dedicated trucking setting the pace with a 9.5 percent increase. Less-than-truckload pricing rose 6.6 percent while full truckload rates were up 6.4 percent. Trucking overall remained the dominant mode of freight transport, garnering $641 billion of the $965 billion total of freight transport bill.
“No sector saw more change last year than motor freight,” the report noted. “Severe capacity pressures sparked sharp rate hikes. Carriers gained pricing power as demand rose and electronic logging devices exacerbated drive shortages.”
As trucking rates rose, rails were able to “raise prices sharply,” the report said, reversing a decline seen in 2016 rail pricing.
Trump has talked openly about beginning a trade war with China and our allies, and that war apparently is under way with tariffs on aluminum and steel and the retaliatory tariffs already starting.
“It’s far from certain that strong global trade flows will continue,” the report noted, adding “The industry should prepare risk mitigation plans and consider raising rates or other strategies to protect profit margins as declining international shipments reduce revenue.”