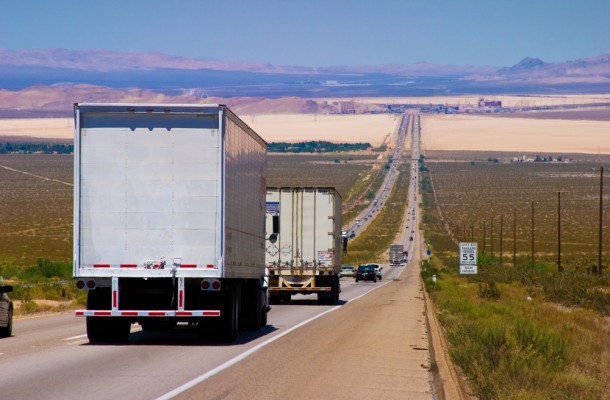 WASHINGTON — The chief executives of state departments of transportation have told Congress and the incoming Trump administration that even after last year’s Fixing America’s Surface Transportation, the Highway Trust Fund will soon be back in crisis mode unless lawmakers provide a long-term funding stream for it.
Officials at the recent annual meeting of the American Association of State Highway and Transportation Officials discussed the potential for a soon-to-be President Trump to follow up on his campaign promise to send Congress a major infrastructure investment plan, according to an article in the AASHTO Journal.
But the state officials wanted to underscore the need to move beyond temporary infusions into the trust fund and dedicate more revenue to put it on solid footing for many years to come.
AASHTO’s board — which includes the CEOs of all state DOTs plus those of Puerto Rico and the District of Columbia — approved one resolution that offered the “vast policy and technical expertise” of AASHTO and member DOTs to President-Elect Donald Trump and Vice President-Elect Mike Pence to help them develop infrastructure improvement initiatives.
The board also adopted a resolution that spelled out the longer-term need to fix the trust fund.
“Any responsible new infrastructure funding proposal needs to take into consideration and address the long-term solvency of the Highway Trust Fund and maintain the historic 80/20 split of revenues between the Highway Account and the Mass Transit Account,” the resolution said.
Some conservative groups continue to urge Congress to split transit investment out of the trust fund, but the AASHTO board statement underscored the need to dedicate the current percentage of HTF receipts into mass transit services.
That resolution also embraced language of an AASHTO-AGC-ARTBA Joint Committee to “urge the next administration, the House of Representatives and the Senate to secure the long-term solvency of the Highway Trust Fund by providing real, reliable, dedicated and sustainable revenue sources derived from the users and beneficiaries of the system.”
The document noted that last year’s FAST Act provided a temporary five-year funding boost by transferring $70 billion into the trust fund from the federal general fund, with most of that drawn from a Federal Reserve surplus.
But after the FAST Act runs out in 2020, the trust fund faces an annual funding gap of $20 billion between its annual spending levels and what it takes in through dedicated user taxes on gasoline, diesel, other motor fuels and truck equipment.
If the next president and Congress do not act to change that scenario, the resolution said that “in the first term of the next president, the Highway Trust Fund will once again be facing significant revenue shortfalls that will create uncertainty and lead to disruptions in states delivering their transportation programs, ultimately impacting safety, economic development and quality of life.”