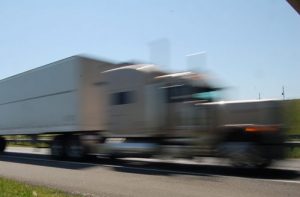 The American Trucking Associations Oct. 6 released a statement saying it does not support the recent speed limiter mandate proposal issued by the U.S. DOT. The trucking lobbyist’s stance comes despite its request to the DOT for such a rule, made in 2006.
ATA says it still supports a rule to require speed limiters, but not the DOT’s proposed rule as published, the group says. Last month, ATA called the DOT’s proposal a “dramatic departure” from its initial request.
“Despite ATA’s decade-old, pro-safety policy on speed, the new joint rulemaking from the National Highway Traffic Safety Administration and Federal Motor Carrier Safety Administration proposes a menu of three speed options for commercial trucks, not one. It provides insufficient data and fails to make a recommendation regarding which of the three proposed speeds it believes is best and why.
ATA also chided the DOT agencies for not addressing the speed differential between cars and trucks the rule would create. “This lack of data and direction only elevates the safety risks to the motoring public,” ATA says in its statement. “ATA will…prepare its formal comments, fully illustrating the flaws of this proposed rulemaking, which we will not support as currently drafted.”
NHTSA and FMCSA jointly published the rule Sept. 7. As ATA notes, the rule does not specify a specific speed, but rather proposed three options — 60, 65 and 68 mph. The agencies ask for feedback from trucking stakeholders and the public on the rule. The agencies also weren’t decisive on whether the rule would be applied retroactively to trucks already in use, and to what extent the rule would be retroactive, if it were. See CCJ’s in-depth coverage of the rule here.
DOT: Limiters cut emissions
In a newly released report, the U.S. DOT says implementing an industry-wide speed limiter mandate would lower the U.S. truck fleet’s emissions of greenhouse gases carbon dioxide and nitrous oxide but raise levels of carbon monoxide and particulate matter. Researchers conclude, however, the increase in fuel economy — and subsequent drop in GHG emissions — associated with a limiter mandate would outweigh the increase in emissions of carbon monoxide and particulates.
The DOT filed its environmental assessment report last week.
The slowest of the potential mandated speed limits, 60 mph, carries the biggest emissions reduction potential, the report argues. A 60 mph cap on truck speeds would reduce carbon dioxide emissions by 10.8 million metric tons by 2035, according to the report. By 2050, it would reduce CO2 emissions by 14.6 million tons, the assessment concludes.
At 65 and 68 mph, those figures noticeably dip. A 65 mph limit would reduce CO2 emissions by 4 million metric tons by 2035 and 5.4 million metric tons by 2050, the report concludes. Those numbers fall to 1 million metric tons by 2035 and 1.4 million metric tons by 2050 for a 68 mph speed limit.
Carbon dioxide is the greenhouse gas scientists claim is most responsible for climate change potential, and it’s one of the major targets of the Environmental Protection Agency’s recently finalized Phase 2 emissions standards for trucks.
The chief way to curb carbon dioxide emissions is to increase fuel economy, regulators and equipment makers say. A 60 mph speed limit would save the industry more than 1 billion gallons of diesel by 2035, the report projects. A 65 mph limit would reduce diesel consumption by 371 million gallons by 2035, while a 68 mph limit would reduce fuel use by 98 million gallons by 2035, according to researchers’ calculations.