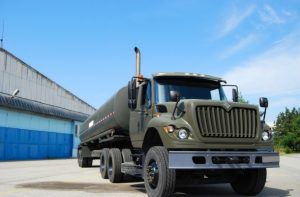 The Federal Motor Carrier Safety Administration has proposed amendments to its commercial driver’s license regulations that would ease the transition of military personnel into civilian careers in the truck and bus industry by simplifying the process of getting a commercial learner’s permit or CDL.
This rulemaking would extend the time period for applying for a skills test waiver from 90 days to 1 year after leaving a military position requiring the operation of a commercial motor vehicle. The rulemaking would also allow states to accept applications and administer the written and skills tests for a CLP or CDL from active duty military personnel who are stationed in that state. States that choose to accept such applications would be required to transmit the test results electronically to the state of domicile of the military personnel. The state of domicile would be required to issue the CDL or CLP on the basis of those results.
The proposed changes are the result of a study mandated by the Moving Ahead for Progress in the 21st Century Act in which FMCSA assessed the challenges faced by members of the armed forces in obtaining a civilian CDL after operating CMVs for the military.
FMCSA is accepting public comments on the proposal. To submit a comment electronically, visit www.regulations.gov and search docket number FMCSA-2016-0051.
Source: Federal Motor Carrier Safety Association