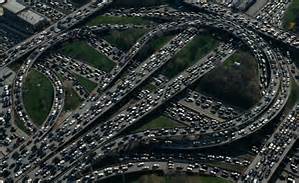 AAA projects nearly 43 million Americans will travel this Independence Day weekend. This represents the highest Fourth of July travel volume on record and 5 million more travelers compared to Memorial Day weekend. The holiday travel period is defined as Thursday, June 30 to Monday, July 4.
“Spurred by the lowest gas prices since 2005, more people than ever are planning to travel this Independence Day weekend,” said Marshall Doney, AAA president and CEO. “Whether they’re traveling by car, plane, train or cruise ship, it will be exciting to see so many Americans celebrating our nation’s freedom with their friends and family over the long holiday weekend.”
United States drivers have saved about $20 billion on gasoline so far this year compared to the same period in 2015, which has made travel more affordable than in recent years. A more confident consumer and rising economic activity also are offsetting a cooling labor market to help boost holiday travel.
“We are well on our way for 2016 to be a record-breaking year for summertime travel,” continued Doney. “This trend is welcome news for the travel industry and a sign that Americans are taking to our nation’s highways and skies like never before.
Eighty-four percent of holiday travelers, more than 36 million people, will drive to their Independence Day destinations, an increase of 1.2 percent over last year. Low gas prices are motivating millions of Americans to travel this Independence Day. Despite recent seasonal increases, gasoline prices remain well below recent years. The national average price for a gallon of gasoline is $2.31, which is 47 cents less than one year ago. AAA expects most U.S. drivers will pay the lowest Independence Day gas prices since 2005.
Source: AAA