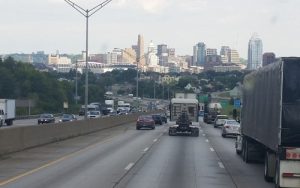 A proposed rule to mandate the use of speed limiting devices on heavy-duty trucks has been published in the Federal Register, officially opening the 60-day comment period on the rule.
The U.S. DOT released the proposed rule Aug. 26, which would require trucks weighing more than 26,000 pounds to use speed limiters, however, the DOT did not specify a speed at which trucks should be governed.
The regulatory body suggested three possible speeds for trucks to be governed to – 60 miles per hour, 65 mph or 68 mph. Overall, the proposal offers little in the way of guidance toward what a final version of the rule could look like, and the DOT is mainly looking for feedback from the trucking industry and equipment manufacturers about the technical aspects of requiring speed limiters on new trucks, as well as trucks already on the roads.
A Final Rule could take months or years to develop, and the DOT outlines a three-year implementation period once the Final Rule is published. More on the details of the proposed rule can be found in CCJ‘s coverage here.
The DOT is seeking public comment on the rule for 60 days until Nov. 7. The full language of the rule can be seen here. Comments can be made by searching Docket No. FMCSA-2014-0083 or NHTSA-2016-0087 at www.regulations.gov, or by clicking this link directly.