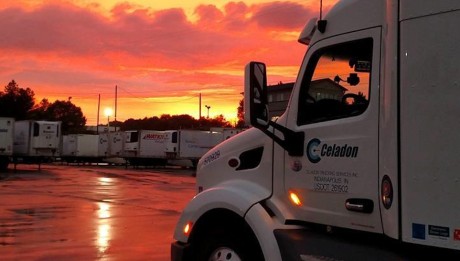 A California truck driver was among the 59 people killed in the mass shooting at a music festival in Las Vegas Sunday night, and his sister says he died so she and her daughter could live.
Dee Ann Hyatt told the Santa Rosa Press Democrat that her brother, Kurt von Tillow, who owned Von Tillow Trucking in Cameron Park, California, warned her and her daughter, Araina, of the shooting. Both were wounded, but he was one of the first people killed by Stephen Paddock’s gunfire from the nearby Mandalay Bay Hotel.
“My brother saved our lives basically,” Dee Ann Hyatt told the newspaper. “He took a bullet. Because of him we got on the ground and stayed there.”
Von Tillow’s wife, daughter and son-in-law, who were also with him, escaped the shooting that injured almost 500 people.
Friends and family of von Tillow’s gathered near his home at the Cameron Park County Club golf course Tuesday, Oct. 3, to remember the man who was an avid golfer. That evening there was a procession of golf carts driven through the course in his honor.