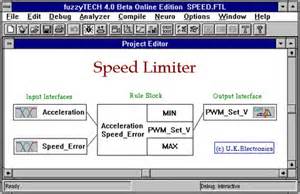 Is the push for mandatory speed limiters on commercial vehicles about safety, or big business? The Owner-Operator Independent Drivers Assn. (OOIDA) argues that the coming regulation is based on the latter, and the small-business organization is asking truckers—members or not—to sign a petition that explains their case.
“As professional truck drivers, we write to warn the public and officials about the dangers of mandating speed-limiting devices on commercial trucks,” the petition, to be sent to Congress and regulators, begins. “Our opposition to speed limiters is based upon our experience as truck driving professionals with millions of safe, accident-free miles behind the wheel.”
A proposed rule by the Federal Motor Carrier Safety Administration and the Nation Highway Traffic Safety Administration is currently under White House review and expected to be published by the end of the month. The proposal comes from a petition by the American Trucking Assns. and Roadsafe America, a highway safety advocacy organization. ATA also backs a 65 mph speed limit for all vehicles.
OOIDA contends that such a truck speed setting “creates an artificial and unsafe speed differential” between cars and tractor-trailers, and that in turn leads to an increased likelihood for collisions in both passing situations and in merging.
“Yes, some motor carriers have made the business decision to speed limit their trucks, and every day we have a front-row seat to the negative safety consequences of this decision,” the petition reads.  “Each of us has seen too many close calls and actual crashes resulting from speed limited trucks not safely moving with the flow of traffic.  We do not want to see—or be involved in—the countless number of crashes that will occur once a speed limiter mandate is in place.”
OOIDA notes that most states with car/truck split speed limits have removed them for safety reasons, and any change in speed limit should be made by highway safety experts and should not be “politically motivated.”
“Mandating speed limiters and/or setting differential speed limits may seem like a positive safety action, but in our professional safety judgment it is a negative safety step backward,” the petition says.
OOIDA also points out that most crashes occur on “lower speed” roads and the group again calls for improved truck driver training and better enforcement regarding passenger car drivers who operate unsafely around trucks.
The association also calls for a review of independent and relevant data and research, “not just government data,” and encourages policy makers to “please talk to truck drivers in person and listen to what they have to say” regarding highway safety.
“We truly have safety as our No. 1 priority as we travel from state to state delivering goods,” the petition concludes. “Our own lives and livelihoods depend on our attention to everything around, and we have every reason to stay safe and keep others safe with whom we share the roads.”