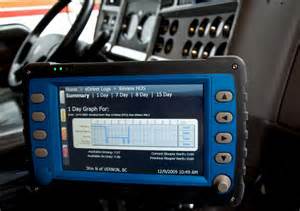 As expected, the Owner-Operator Independent Driver’s Association has filed initial arguments in its challenge to the Federal Motor Carrier Safety Administration’s electronic logging device (ELD) mandate final rule.
The association argued in its appeal of the ELD mandate that requiring electronic monitoring devices on commercial vehicles does not advance safety, is arbitrary and capricious and violates Fourth Amendment protections against unreasonable searches and seizures.
OOIDA filed the legal brief with the U.S. Court of Appeals for the 7th Circuit, the same court that in 2011 vacated FMCSA’s prior rule related to electronic logs, a limited mandate for certain noncompliant carriers. OOIDA led that challenge as well.
“The agency provided no proof of their claims that [the current ELD mandate] would improve highway safety. They didn’t even attempt to compare the safety records of trucking companies that use ELDs and those that do not,” said Jim Johnston, OOIDA President and CEO.
FMCSA Spokesman Duane DeBruyne declined to comment on the court proceedings, but in the text of the ELD final rule, issued last December, the agency outlined its approach to evaluating the safety benefits of the use of ELDs for hours of service compliance. FMCSA used its “peer-reviewed Roadside Intervention Model” to estimate crash reductions among carriers using ELDs, it says.
And generally, the agency notes, “ELDs bring about improvements in safety by making it difficult for drivers and carriers to falsify drivers’ duty status, which in turn deters violations of the HOS (hours of service) rules. And increased compliance with the HOS rules will reduce the risks of fatigue-related crashes attributable, in whole or in part, to patterns of violations of the HOS rules.”
Likewise, the American Trucking Associations is a proponent of the rule, touting ELDs as beneficial to both highway safety and carrier operations.
OOIDA, however, remains unconvinced.
The group’s key argument this go around is that FMCSA’s attempt to compel installation of ELD devices without a warrant is an unconstitutional seizure.
OOIDA also listed other arguments in the legal brief requesting the court to vacate the rule:
– That the mandate fails to comply with a congressional statute requiring ELDs to accurately and automatically record changes in drivers’ duty status. ELDs can only track vehicle movement and must rely on drivers to manually input changes in duty status, making the devices “no more reliable than paper logbooks for recording hours of service compliance,” OOIDA says.
– That the current mandate continues to fail to ensure that ELDs will not be used to harass drivers — FMCSA’s own failure to provide for this requirement of existing law was the reason the 7th Circuit vacated the prior e-logs rule in 2011. FMCSA responded to such requirements by in part developing the parallel Driver Coercion rule and opening up new whistleblower architecture for driver complaints, penalties for violating carriers.