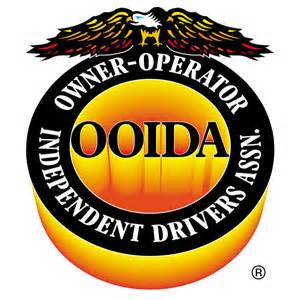 The Owner-Operator Independent Drivers Association and its members are encouraged about passage of the United States House Appropriations Subcommittee on Transportation, Housing and Urban Development and Related Agencies for supporting small-business truckers in its annual Fiscal Year 2017 bill.
The bill, which passed the subcommittee by voice vote this week, provides drivers the operating flexibility needed to safely perform their jobs, avoids controversial proposals involving trucker compensation and ensures federal motor carrier regulations are developed in a responsible manner, according to the association.
The measure includes language preserving a key component of federal hours-of-service regulations regarding the 34-hour restart provision. Absent this legislative fix, the 34-hour restart was in danger of being completely eliminated due to a drafting error in previously passed legislation. The restart is a key component in the hours-of-service rules that provides drivers more flexibility and greater control of scheduling, which improves safety for all highway users.
OOIDA also thanks the subcommittee for protecting truckers’ ability to make fair wages. Several large carriers and their supporters on Capitol Hill and pushed for the bill to include extremely controversial language preventing states from enacting their own rules on added compensation for drivers, such as detention pay. While no such language was included in the initial legislation, OOIDA will continue to monitor this issue as the bill advances through the legislative process.
Also included in the bill is a provision that would stall the Department of Transportation’s ability to pursue Safety Fitness Determination safety ratings. The Federal Motor Carrier Safety Administration had recently engaged in a rulemaking that sought to create new standards in the Compliance, Safety, Accountability program, the agency’s enforcement program. This was despite many members of Congress feeling that the Fixing America’s Surface Transportation Act told the DOT to slow down. OOIDA supports this measure in the bill.
“We are encouraged by the direction this is going,” said Todd Spencer, OOIDA executive vice president. “The subcommittee has addressed the major concerns of small-business truckers and produced a strong THUD bill worthy of bipartisan support.”
Source: Owner-Operator Independent Drivers Association