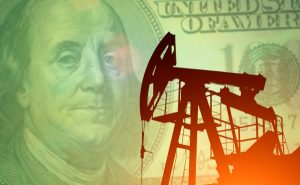 President Obama is proposing a $10-a-barrel oil tax, phased in over five years, to pay for a variety of transportation initiatives, including new rail corridors, highway projects, pilot projects for self-driving cars and other technologies it said fall under the goal of a “clean transportation” system.
Republican congressional leaders, however, were quick to condemn it.
The White House announced Thursday that the budget presented to Congress next week would include an “oil fee” that would raise “the funding necessary to make these new investments, while also providing for the long-term solvency of the Highway Trust Fund to ensure we maintain the infrastructure we have.”
Such fuel taxes have generally been hailed by economists and energy experts as economically sensible — but politically toxic. The fee would reduce oil consumption, reinforcing Obama’s efforts to limit greenhouse gas emissions.
“Once again, the president expects hardworking consumers to pay for his out of touch climate agenda,” House Speaker Paul Ryan said in a statement. He said it was “little more than an election-year distraction” and that it would be “dead on arrival in Congress.”
Senate Finance Committee Chairman Orrin Hatch (R-Utah) said in an email “this is a backdoor gas tax hike and it’ll be hard-working American families that will have to foot the bill every time they go to the pump.”
The oil tax, which would work out to about 24 cents a gallon when fully in place, would create an incentive for the private sector to use oil products more efficiently, thus reducing the amount of climate-changing carbon dioxide released into the atmosphere. Such a tax has even been supported by a handful of oil industry executives.
“Gasoline taxes haven’t been raised in 25 years, so actually rather than being radical, this proposal is simply returning to standard practice in place since the Eisenhower years of funding of transport infrastructure through small fuel taxes,” said Paul Bledsoe, an independent energy consultant in Washington who worked as a climate aide in the Clinton White House.
Jeff Zients, director of the White House National Economic Council, said oil companies would pay the tax, but  the companies would inevitably pass some of the tax to consumers of gasoline, diesel and heating oil. Zients said that the fee would apply to imported crude and petroleum products, but not to U.S. petroleum exports — to prevent U.S. producers and refiners from being put at a competitive disadvantage in foreign markets.
The timing of the proposal, coinciding with one of the steepest drops in oil prices in the past decade and a half, could make it easier for consumers to digest. The administration also said that it would provide assistance to families to ease energy cost burdens, focusing on households in the Northeast where many still use fuel oil for winter heating.
Oil companies, however, have just reported lackluster earnings and are cutting back on capital spending projects in the face of low crude prices.
Zients did not say how much revenue the new tax would generate, but at the current rate of oil consumption, about 19 million barrels a day, the tax would raise about $65 billion a year when fully phased in.
Zients said that while at least part of the tax would be passed on to consumers, they would save money from the upgraded roads and highways. Current transportation infrastructure is imposing costs on people who wasted time and burned extra fuel while stuck in traffic, he said. He added that new transportation infrastructure projects would generate jobs.
The White House said it would also again propose business tax reform. As part of that reform, lower corporate tax rates would encourage a one-time surge in federal revenues from previously untaxed profits currently being held overseas. Those funds would help pay for the infrastructure program.
The administration said it would devote $20 billion of the money raised to expand transit systems in cities, suburbs and rural areas; make high-speed rail a viable alternative to flying in major regional corridors and invest in new rail technologies like maglev; modernize the nation’s freight system; and expand the Transportation Investment Generating Economic Recovery program launched in the 2009 economic stimulus bill to support local projects.
The budget would also use roughly $10 billion per year in revenues for shifting how local and state governments design regional transportation projects.
Obama would also propose investing just over $2 billion per year in “smart, clean vehicles” and aircraft by expanding research and development into such technologies.
The transportation tax and spending package is just one of a stream of budget initiatives being rolled out in advance of the Feb. 9 release of the president’s proposed 2017 fiscal year budget.
The Obama administration on Wednesday also unveiled a $5.5 billion proposal to create summer and first-time jobs for youths over a four-year period and a $2 billion scheme to create apprenticeships over five years.
The proposals — part of a $12.5 billion package of new spending over five years — includes $3 billion to train people to lure firms to the United States from abroad or to keep them from leaving.
The administration also plans to ask Congress to approve $2 billion in competitive grants that would be jointly administered by the Labor and Education departments.
Last year, Obama put forward a similar proposal, asking for just $3 billion. Congress, however, did not provide any of those funds.
Zients said that 1 in 7 young people ages 16 to 24 are neither in school nor in the workforce. He said that people “who endure a spell of unemployment between the ages of 16 and 24 earn $400,000 less over their careers than those who do not.”