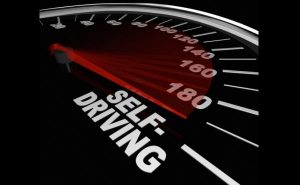 In his last State of the Union address, President Barack Obama signaled his intent to invest in a 21st century transportation system. United States Transportation Secretary Anthony Foxx subsequently revealed part of the president’s proposal: a 10-year, nearly $4 billion investment to accelerate the development and adoption of safe vehicle automation through real-world pilot projects.
Secretary Foxx also announced that the U.S. Department of Transportation is removing potential roadblocks to the integration of innovative, transformational automotive technology that can significantly improve safety, mobility and sustainability. Secretary Foxx made the announcement at the North American International Auto Show in Detroit, where he was joined by leaders in technology, executives of traditional auto manufacturers and newcomers to the industry.
“We are on the cusp of a new era in automotive technology with enormous potential to save lives, reduce greenhouse gas emissions and transform mobility for the American people,” said Foxx. “Today’s actions and those we will pursue in the coming months will provide the foundation and the path forward for manufacturers, state officials and consumers to use new technologies and achieve their full safety potential.”
The president’s fiscal year 2017 budget proposal would provide nearly $4 billion over 10 years for pilot programs to test connected vehicle systems in designated corridors throughout the country and to work with industry leaders to ensure a common multistate framework for connected and autonomous vehicles.
Foxx also unveiled policy guidance that updates the National Highway Traffic Safety Administration’s 2013 preliminary policy statement on autonomous vehicles. The new guidance reflects the reality that the widespread deployment of fully autonomous vehicles is now feasible.
“NHTSA is using all of its available tools to accelerate the deployment of technologies that can eliminate 94 percent of fatal crashes involving human error,” said NHTSA Administrator Mark Rosekind. “We will work with state partners toward creating a consistent national policy on these innovations, provide options now and into the future for manufacturers seeking to deploy autonomous vehicles, and keep our safety mission paramount at every stage.”
DOT is committing to the following milestones in 2016:
–          Within six months, NHTSA will work with industry and other stakeholders to develop guidance on the safe deployment and operation of autonomous vehicles, providing a common understanding of the performance characteristics necessary for fully autonomous vehicles and the testing and analysis methods needed to assess them.
–          Within six months, NHTSA will work with state partners, the American Association of Motor Vehicle Administrators and other stakeholders to develop a model state policy on automated vehicles that offers a path to consistent national policy.
–          Secretary Foxx encouraged manufacturers to submit rule interpretation requests where appropriate to help enable technology innovation. For example, NHTSA responded to an interpretation request from BMW confirming that the company’s remote self-parking system meets federal safety standards. Click here to read this interpretation.
–          When interpretation authority is not sufficient, Secretary Foxx further encouraged manufacturers to submit requests for use of the agency’s exemption authority to allow the deployment of fully autonomous vehicles. Exemption authority allows NHTSA to enable the deployment of up to 2,500 vehicles for up to two years if the agency determines that an exemption would ease development of new safety features.
–          DOT and NHTSA will develop new tools necessary for this new era of vehicle safety and mobility and will consider seeking new authorities when they are necessary to ensure that fully autonomous vehicles, including those designed without a human driver in mind, are deployable in large numbers when they are demonstrated to provide an equivalent or higher level of safety than is now available.
Source: Department of Transportation