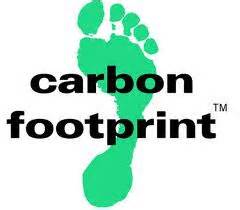 WASHINGTON — The Obama administration on June 19 proposed tougher mileage standards for medium and heavy-duty trucks, the latest move by President Barack Obama in his second-term drive to reduce pollution blamed for global warming.
The Environmental Protection Agency issued new rules that would lower carbon dioxide emissions from trucks and vans by 24 percent by 2027. It would cut fuel costs by about $170 billion and reduce oil consumption by up to 1.8 billion barrels over the lifetime of vehicles sold under the rule.
The long-expected rules come one day after Pope Francis issued a teaching document calling for the world to take action to slow climate change.
Transportation Secretary Anthony Foxx said in a statement that the new rules would help the environment and the economy, as trucks use less fuel and shipping costs go down. He called the rules “good news all around.”
Gina McCarthy, chief of the Environmental Protection Agency, said the rules would deliver “big time” on Obama’s call to cut carbon pollution.
“With emission reductions weighing in at 1 billion tons, this proposal will save consumers, businesses and truck owners money,” McCarthy said. At the same time, the rules will “spur technology innovation and job-growth, while protecting Americans’ health and our environment over the long haul,” she said.
The American Trucking Associations said it supported the second round of greenhouse gas and fuel efficiency rules for commercial trucks, but remains concerned the rule may result in the use of certain technologies on vehicles before they can be fully tested.
“Fuel is an enormous expense for our industry – and carbon emissions carry an enormous cost for our planet,” said ATA President and CEO Bill Graves. “That’s why our industry supported the Obama Administration’s historic first round of greenhouse gas and fuel efficiency standards for medium and large trucks and why we support the aims of this second round of standards.”
Since the first round of efficiency standards were announced in 2011, ATA has been working to evaluate their impact on the trucking industry and has been in constant dialogue with the Environmental Protection Agency and the National Highway Traffic Safety Administration to make sure the second round of standards can be effectively implemented by the industry.
“ATA has adopted a set of 15 ‘guiding principles’ for Phase II,” said ATA Vice President and Energy and Environmental Counsel Glen Kedzie, “and based on conversations with regulators and a preliminary review this proposal appears to meet 14 of those.
“We believe this rule could result in the deployment of certain technologies that do not fully recognize the diversity of our industry and could prove to be unreliable. This unreliability could slow not only adoption of these technologies, but the environmental benefits they aim to create,” Kedzie said. “To prevent this, truck and engine manufacturers will need adequate time to develop solutions to meet these new standards.”
Kedzie said fuel is typically a fleet’s first or second largest operating expense and most fleets seek a return on their investment in new equipment within 18 to 24 months.
“In 2014, trucking spent nearly $150 billion on diesel fuel alone,” he said, “so the potential for real cost savings and associated environmental benefits of this rule are there – but fleets will need a wide variety of proven and durable technologies to meet these new standards throughout the various implementation stages.”
Medium and heavy-duty vehicles account for about 20 percent of greenhouse gas emissions and oil use in the U.S. transportation sector, but comprise only 5 percent of vehicles on the road.
The proposed standards would cover model years 2021-2027 and apply to semi-trucks, large pickup trucks and vans, and all types and sizes of buses and work trucks, officials said.
Once completed, the rules are expected to lower carbon dioxide emissions by about 1 billion metric tons.
The rule builds on fuel efficiency and carbon pollution standards already in place for model years 2014-2018. Those rules are expected to reduce greenhouse gas emissions by 270 million metric tons and save vehicle owners more than $50 billion in fuel costs, compared to previous standards.
The rules will be open to public comment for at least two months and would be completed next year.