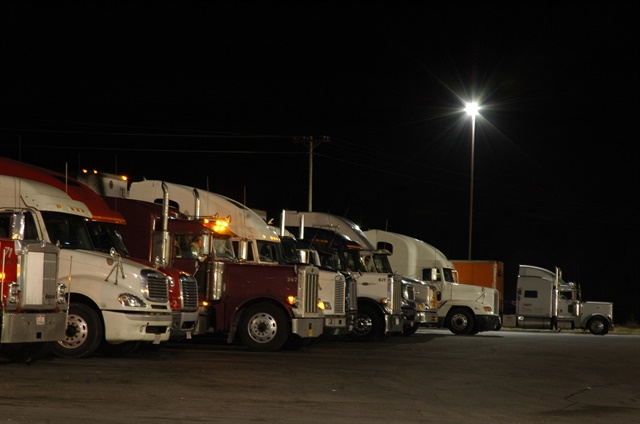 A DOT study apparently has failed to “explicitly identify a net benefit” from two suspended provisions of the hours of service rules regarding the 34-hour restart.
The Federal Motor Carrier Safety Administration issued hours-of-service regulations in 2013 that featured two controversial restart provisions. They required that the 34-hour restart include two 1 a.m. to 5 a.m. periods, even if the 34 hours had already been reached. It also limited use of the restart provision to once every 168 hours. The trucking industry raised concerns about the rule’s unintended consequences, such as increased congestion during daytime traffic hours.
In late 2014, as part of the Consolidated and Further Continuing Appropriations Act of 2015, Congress suspended those two provisions and directed FMCSA to conduct a study of the operational, safety, health, and fatigue impacts of these rules.
Although the data collection for that study was completed in 2015, the study has not yet been made public. But a DOT spokesperson told HDT on March 6 that “we are currently in the final stages of review before transmitting the report to Congress.”
The law also mandated that the DOT’s Office of Inspector General review the study. Last week, in a letter to Congress, the OIG wrote that it “found that DOT’s study met the act’s requirements. We also concur with the Department’s conclusion that the study did not explicitly identify a net benefit from the use of the two suspended provisions on driver operations, safety, fatigue, and health.”
Drivers from a variety of fleet sizes and operations provided a substantial amount of data during the study period, according to FMCSA. More than 220 drivers contributed data as they drove their normal routes. The data included over 3,000 driver duty cycles captured by electronic logging devices, over 75,000 driver alertness tests, and more than 22,000 days of driver sleep data.
American Trucking Associations President and CEO Chris Spear said the trucking industry was pleased by the news.
“The release of this report closes what has been a long, and unnecessary, chapter in our industry’s drive to improve highway safety,” Spear said. “We knew from the beginning that these Obama administration restrictions provided no benefit to safety, and in light of the DOT’s findings – corroborated by the DOT Inspector General – it is good for our industry and for the motoring public that they will be done away with permanently as specified by language ATA lead the charge on including in the most recently passed Continuing Resolution.”
ATA has fought against these restrictions – which limited drivers’ flexibility in the use of the restart – since they were first proposed in 2013.
“Congress repeatedly told the Federal Motor Carrier Safety Administration that rules of this nature must show a benefit to safety and this report clearly shows there was no benefit,” Spear said. “This marks the end of a long struggle, but hopefully the beginning of a new era of inclusive and data-based regulation.”
The Owner-Operator Independent Drivers Association also was quick to respond to the news. “It’s not only common sense, it’s trucker sense,” said OOIDA executive vice president, Todd Spencer, in a statement. “We have always championed the need for flexibility in the hours-of-service regulations so that drivers can drive when rested and avoid times of heavy congestion or bad weather conditions.”
Lane Kidd, managing director of the Alliance for Driver Safety & Security, told HDT that “the results of the restart study were no surprise, since the Congress set the bar very high that the federal agency had to meet to justify the net safety benefits of the new rule.”
“The OIG’s assessment of the restart study supports what the industry has been saying all along, that requiring two consecutive periods of 1-5 a.m. and limiting the restart to once a week didn’t contain any net benefit to the industry,” David Heller, the Truckload Carriers Association’s vice president of government affairs told HDT.
He added that TCA “looks forward to working with the Trump administration on promulgating future rules regarding truck drivers hours of service that make sense for the whole industry.”
Joe Rajkovacz, director of governmental affairs and communications for the Western States Trucking Association, told HDT that the group also was “not really surprised by the finding and don’t think many others are in trucking, either.
“The whole issue of the 34-hour restart provision had been politicized in our opinion,” he added, “and it’s nice to see a government agency actually use science appropriately to arrive at the correct result-– it’s just too bad they sat on the findings for so long.”
The Teamsters union has come out strongly against the report’s conclusion, contending that DOT “fails to recognize the benefit of well-rested truckers” to overall highway safety.
“The rollback of these rules is short-sighted and one that could jeopardize the lives of Americans traveling on the nation’s thoroughfares,” Teamsters General President James P. Hoffa said in a statement. “Truckers, like most of us, do their job better when they get proper rest. That was more likely under the HOS rules originally approved in 2013 that required drivers to take two nighttime breaks during a 34-hour period and only use their restart once a week.”
Hoffa added that the “consequences of curtailing rest breaks could be quite real. Already, nearly 4,000 lives are claimed each year on U.S. highways in accidents involving tractor-trailers. And in the most recent available numbers from 2013, 97% of vehicle occupants killed in two-vehicle crashes involving a passenger vehicle and a large truck were occupants of passenger vehicles.”