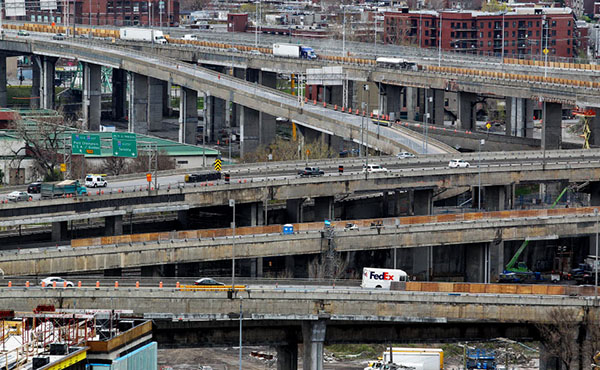 Congress has little hope that tax reform will be used to pay for President Trump’s $1 trillion infrastructure package.
The tax plan released Wednesday by the Trump Administration doesn’t include any money to rebuild or repair U.S. roads, bridges, airports or other public works. The short proposal does include repatriation, which is taxing corporate earnings stashed overseas at a lower rate when it returns to the U.S., but does not indicate what the revenue should be spent on.
Those in favor of using repatriation as a funding tool for infrastructure are concerned. Rep. John Delaney (D-Md.) sponsored legislation supporting using repatriation funds to pay for infrastructure and says a massive infrastructure bill like Trump has touted won’t get over the finish line in Congress unless it’s paired with tax reform.
Others, such as Freedom Caucus chairman Rep. Mark Meadows (R-N.C.), have expressed a willingness to be flexible. Meadows said that he would not insist that Trump’s tax overhaul include infrastructure funding, though he still believes that transportation investments are critical.
“Probably giving more flexibility on the tax reform side of things is really where I am right now,” Meadows told reporters.
“Obviously, I think repatriation and the infrastructure side of things is critical, but that being said, if we lower taxes and we have a different revenue stream somewhere else, it’s not going to be one of those lines in the sand that I say, well, you’re using repatriation for tax reform and you’re not using it for infrastructure.”
Trump’s economic advisors have recommended that the president focus on a business tax cut bill this year that also includes funds for infrastructure in an effort to appeal to Democrats.
However, Sen. John Thune (R-S.D.) has said that may not work because there likely aren’t enough lawmakers willing to support cutting business and corporate tax rates.
Last week’s proposal is just the beginning of a major push to pass a comprehensive tax reform package this year, so it can’t be discounted that infrastructure will tie in at a later date.
Source: The Hill