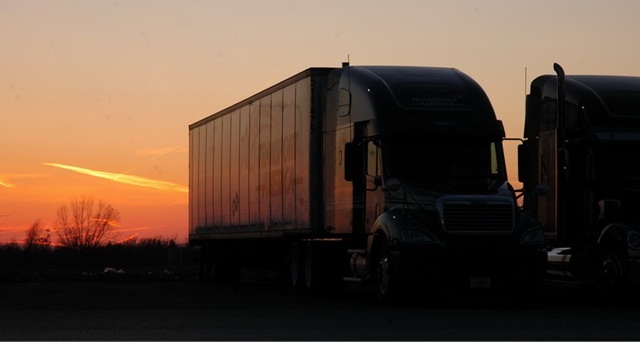 The trucking industry is continuing to adjust to the electronic logging device mandate that has been in effect for six months now.
The federal ELD rule requires most long haul drivers record their hours-of-service information electronically instead of with paper logbooks.
Based on the experiences of drivers at FAB Express, enforcement officers have shown some leniency because they, too, are still learning, said Mark Caithamer, project and operations manager at the Lemont, Ill.-based carrier.
“It was a big change for the law, and our law enforcement and the trucking industry,” Caithamer said.
Edin Selimagic, safety manager for Midwest Freight Systems, a carrier based in Warren, Mich., said it has taken time for the company’s drivers to get used to ELDs.
To ease the transition, the company has focused on driver training and has established an ELD department that drivers can call with questions.
“Any time they have an issue or are confused or don’t understand something, they can call that extension. That means a lot to the driver,” he said.
Although hours-of-service rules haven’t changed, the ELD mandate eliminates any wiggle room in recording hours-of-service as all driving time must be strictly accounted for.
It’s hard to determine how much of the current freight capacity crunch is from the ELD mandate and how much is from a stronger economy. Those two factors have combined to make this one of the strongest trucking environments on record.
The current capacity crunch has increased the need for shippers to partner with carriers to maximize utilization by minimizing driver and equipment delays and optimizing mode selection, said Ricky Stover, vice president of sales at C.R. England Inc.
Caithamer of FAB Express said that while a few older drivers may have left the industry rather than install an ELD, the younger generation doesn’t mind the electronic logs.
Norita Taylor, a spokeswoman for the Owner-Operator Independent Drivers Association, said the association doesn’t have a way of tracking how many drivers have left the industry, but has heard that some have.
“A few have said they are going to do shorthaul or buy an exempt truck,” Taylor said. “Some are looking at buying either an older truck or updating with a glider” with a pre-2000 engine.
Trucks with engines manufactured before 2000 are exempt from the ELD mandate.
Vigillo, an analytics firm that tracks fleet safety data, has seen a drop in all HOS violations since the mandate’s enforcement grace period ended April 1, said CEO Steve Bryan.
There were 34,381 violations documented in April, down from the 47,872 issued in March, he said. The majority of violations concerned not having a record-of-duty status, which now must be recorded by an ELD.
Other top violations include failure to maintain an ELD instruction sheet and failing to maintain the user’s manual.
“What the enforcement people don’t understand is those instruction sheets are largely on the screen,” Bryan said. “I think there is some confusion.”