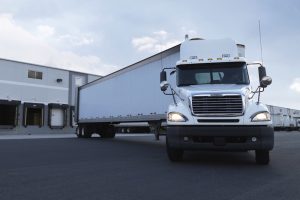 A proposed Congressional measure to allow states to increase truck weight limits to 91,000 pounds failed when brought to the House floor late Tuesday. The reform was offered as an amendment to the long-term highway bill under consideration this week in the House.
The amendment came from Rep. Reid Ribble (R-Wis.), who pushes annually for Congress to take up size and weight reform legislation. His highway bill amendment mirrored that of a standalone bill, the Safe, Flexible and Efficient Trucking Act, Ribble introduced in mid-September in the House. The measure would grant states the option to allow trucks weighing up to 91,000 pounds to operate on federal highways within their borders.
Lawmakers rejected the measure in a voice vote. Ribble demanded a recorded vote later, according to the House’s daily proceedings record. The recorded vote also failed, however, by a 187-236 vote.
The House in sum this week will vote 280 proposed amendments to the $325 billion Surface Transportation Reauthorization and Reform Act.
The bill is similar to the long-term DRIVE Act highway bill passed in July by the Senate and includes similar trucking industry regulatory reforms, such as removing CSA scores from public view, taking steps toward allowing under-21 CDL holders to drive interstate and allowing carriers to use hair sample testing to satisfy federal driver drug testing requirements.
If the House passes its bill this week, the House and Senate will have to call a joint committee to work out the differences between their two bills and pass the legislation, if any, that comes from the joint committee.
The amendment process for the House bill is expected to continue Wednesday and Thursday. House leadership has signaled they intend to finish work on the amendment process by adjournment on Thursday. Tuesday’s session ran until almost midnight, and roughly 30 amendments were heard. The House is scheduled to reconvene 10 a.m. Wednesday.
At least two other trucking-related amendments, as reported by Overdrive this week, are expected to come to a vote.
The House’s bill as-is would establish so-called hiring standards for brokers and shippers hiring carriers — a measure that has come under scrutiny by independent truckers and their lobbying advocates and subject of one of the 280 amendments proposed on the bill.
The amendment, filed by Rep. Jimmy Duncan (R-TN), would change language in the hiring standards section of the bill to be more inclusive of small carriers and owner-operators who have not been subjected to full compliance reviews by the Federal Motor Carrier Safety Administration.
Another trucking-related amendment expected to come up would be a Congressional attempt to reject a 2014 federal appellate court’s interpretation of the 1994 Federal Aviation Administration Authorization Act. The law was intended to prevent states from enacting policies that could affect “price, route or service of any motor carrier,” per the text of the law.
The amendment filed for the House’s highway bill would restate Congressional intentions of the law and comes over a 2014 ruling by the 9th Circuit Court of Appeals, who decided last July that California truckers are entitled to the state’s rest and meal break statutes. Trucking companies in the state, who per the 9th Circuit ruling would be required to allow their drivers to take the state-mandated breaks, argue the ruling conflicts with language within the FAAAA.