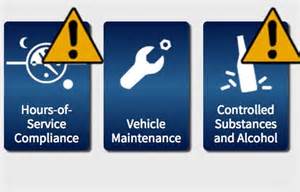 The House’s Transportation and Infrastructure Committee on Oct. 22 pushed to the full House a six-year highway bill that would, if law, require FMCSA to remove carrier rankings in the Compliance, Safety, Accountability program and require the agency to rework the program, among other trucking regulatory changes.
The long-term highway bill, dubbed the Surface Transportation Reauthorization and Reform Act, is a $325 billion bill and could be the groundwork for Congress’ longest highway funding measure since 2009’s SAFTEA-LU and the first multi-year bill since 2012.
Following nearly six hours of hearing proposed amendments to the Oct. 14-released legislation, T&I Committee Chairman Bill Shuster (R-Pa.), announced the bill’s “favorable referral” to the full House of Representatives mid-afternoon Oct. 22.
The Senate passed a long-term bill, the DRIVE Act, at the end of July that included similar trucking policy changes. There are differences between the two chambers’ bills in whole, however, meaning if the full House does clear the bill, the two chambers will have to work out any differences and bring a new bill to a vote. With the deadline for current highway funding just a week away, lawmakers must act swiftly to clear a long-term bill or pass another short-term patch to give themselves time to finish work on either STAA or the DRIVE Act.
The House’s 543-page legislation would, if enacted as-is, require the DOT to remove from public view data and carrier rankings in CSA’s Safety Measurement System BASICs until FMCSA can determine a course of action to correct the data and analysis issues that plague the system.
The legislation also would, like the Senate’s bill, allow states to enter into agreements to allow CDL holders between 19 and 21 — who are currently restricted to intrastate driving only — to cross state lines. And, again like the Senate bill, it would allow carriers to use hair tests to satisfy driver drug testing requirements. Currently, federal law requires drug screening to be done via urine tests.
It also would require FMCSA to further study regulations and their impact on carriers prior to implementing them, as well as establish hiring standards for brokers, shippers and others hiring carriers. This provision follows a standalone bill introduced earlier this year in the Senate that called for the same “interim hiring standards” to be adopted.
The bill also would open current Interstate lanes up to tolling, though not to the extent the Senate’s DRIVE Act.
It would also require upon its enactment that the DOT report to Congress the status of rules mandating use of electronic logging devices and establishing a federal database of truck drivers who have failed or refused drug tests.
The bill also changes federal rules to allow truck owners to affix on their windshields lane departure warnings, on-board video recorders and other “collision avoidance systems.” Current law prohibits such devices from being mounted “within the area swept by windshield wipers.” STAA would change that. Other trucking reforms include requiring FMCSA to pursue action to make it easier for military veterans to obtain a CDL and provide better justification for a rule to increase the minimum amount of liability insurance required of motor carriers.