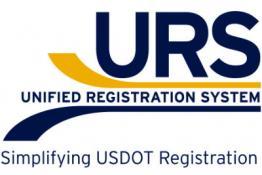 A month before the new, simplified, online carrier registration process was to be fully operational, the Federal Motor Carrier Safety Administration is extending the implementation date of the final stage of its Unified Registration System (URS), the agency has informed industry stakeholders.
Currently set for Jan. 14, 2017, FMCSA needs additional time to securely migrate data from multiple legacy platforms into a new central database and to conduct further compatibility testing with its state partners, according to the announcement. The agency recently completed a “complex migration” of its information technology systems to a “cloud” environment, “a necessary step in order to provide a foundation to successfully implement URS. “
By moving the implementation date, FMCSA says it is providing its state partners more time to develop, update, and verify data connectivity and system reliability. The additional time will also enable the agency to conduct more thorough training and to implement broader outreach and education activities that will provide for “a seamless transition.”
The agency is working with its information technology contractor to finalize a revised implementation schedule. FMCSA will publish a Federal Register Notice in early January 2017 announcing the revised regulatory compliance dates.
The agency had previously targeted last Sept. 30 for implementation of the final stage, but announced that delay in July—also citing the IT systems upgrade and complex migration to remote storage
Since the December 2015 launch of the initial phase of URS, FMCSA estimates that the industry has saved more than $3 million in registration expenses. In addition, the agency issued more than 100,000 new USDOT numbers, removed more than 360,000 dormant USDOT numbers from its databases, and achieved a 100% screening of operating authority applications for disqualified carriers attempting to fraudulently “reincarnate” as new operators, FMCSA reports.