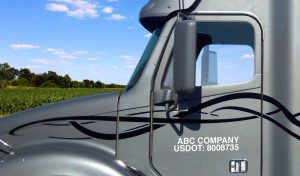 The Federal Motor Carrier Safety Administration re-issued Oct. 20 its Unified Registration System rule to delay the compliance dates set in the original 2013-issued rule, citing technical delays in implementing the system as its reason.
The new compliance dates are: Dec. 12, 2015, for new entrant carriers and Sept. 30, 2016, for carriers who already have a U.S. DOT number.
New applicants, defined by FMCSA as anyone who doesn’t have and has never been assigned a U.S. DOT number, will be required to use the new online application when requesting registration and a DOT number beginning Dec. 12. The new online application and database won’t be available for those who already have a DOT number until Sept. 30, 2016.
FMCSA says once the URS is available for everyone, there won’t be a need for separate provisions for new applicants, so the temporary sections will only be in effect from Dec. 12, 2015 through Sept. 29, 2016. The URS will then be available for submission of all new registration requests, tracking applications, updating information and filing biennial updates, the agency says.
FMCSA is giving some carriers an extra three months for compliance to help the transition to the new system. Private hazmat carriers and exempt for-hire carriers registered with FMCSA as of Sept. 30, 2016, will be given three months from then — to Dec. 30, 2016 — to file their evidence of compliance with the financial responsibility requirements. The agency says these carriers have been required to hold adequate insurance coverage for a while, but this rule was the first to require them to file proof of coverage with FMCSA.
Also, all entities registered with FMCSA as of Sept. 30, 2016, will have the same three-month window to file their designation of a process service agent using the URS online application. FMCSA said this “is to ensure that regulated entities have sufficient time to become familiar with the system.” The agency originally published the URS rule Aug. 23, 2013, saying it would “improve the registration process for motor carriers, property brokers, freight forwarders, intermodal equipment providers, hazardous materials safety permit applicants and cargo tank facilities required to register with FMCSA, and streamline the existing federal registration process to ensure the agency can more efficiently track these entities.”
FMCSA estimated a two-year period for development of the website for the system to implement the rule and had an initial compliance date of Oct. 23, 2015. FMCSA says it has “experienced challenges completing the IT system necessary to fully implement” the rule. The new dates will reflect the revised schedule for the completion of the website. The URS will replace four existing systems and combine 16 forms carriers, freight forwarders, brokers and other entities now use to register and update data.