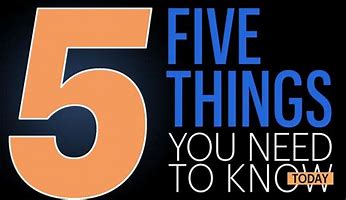 Here are five things worth knowing in the world of trucking today, Jan. 31:
1. Truckers deliver for America’s Big Game
To illustrate just how big of an impact the trucking industry has on the Super Bowl, the Minnesota Trucking Association and American Trucking Associations created an infographic to show the role trucking will play in delivering perhaps one of most important parts of the game – the snacks, Markets Insider reports. On Super Bowl Sunday, Feb. 4, Americans will consume over 100 truckloads of popcorn, 350 truckloads of potato chips, 668 truckloads of avocados, 1,562 truckloads of chicken wings, and over 36,166 truckloads of beer. And, in addition to the thousands of truckloads of construction materials it took to build U.S. Bank Stadium, trucks will deliver everything from sports equipment, production equipment, paper products, fuel to get everyone to the game, and much more.
2. Could self-driving trucks combat the driver shortage?
According to a Motherboard report, autonomous semis may help combat the growing truck driver shortage. However, the Teamsters Union, which represents many American truck drivers, has maintained automation and self-driving trucks will actually take jobs away from truckers. According to Motherboard: “That’s why all eyes are on the US government’s proposed legislation to regulate autonomous vehicles, namely the SELF DRIVE Act and AV START Act … Protecting existing jobs, however, won’t be enough to solve trucking’s increasingly urgent staffing crunch.” Motherboard has more.
3. Uber seeks to acquire Load Delivered Logistics
Earlier this month, Uber looked at acquiring Load Delivered Logistics, a Chicago-based freight logistics company, to complement to its UberFreight services. According to a Recode report, “deal talks fell apart,” and Load Delivered is still deciding whether to sell itself to any of the big players in the logistics market. Recode has more.
4. Nation’s crumbling bridges endanger drivers
More than 50,000 bridges across the U.S. are falling apart and endangering drivers, according to an NBC News report. The American Road & Transportation Builders Association compiled a report showing that 54,259 American bridges are “structurally deficient.” In addition, the report found cases from Florida, Georgia, Michigan and other states where pieces of crumbling bridges broke off and fell to the roadway, sometimes hitting vehicles, according to NBC. “So many bridges are in need of repair, says the report, that if placed end-to-end they’d stretch nearly from New York City to Miami,” NBC said. “And experts say that at the current rate of repair or replacement it would take 37 years to fix all the bridges.”
5. Reminder: FMCSA to receive ELD exemption comments by Feb. 1
The FMCSA announced that the Owner Operator Independent Drivers Association (OOIDA) has requested an exemption from the electronic logging device (ELD) requirements for motor carriers considered to be a small transportation trucking business. OOIDA requests this exemption to allow small trucking businesses that do not have a carrier safety rating of “unsatisfactory,” and can document a proven history of safety performance with no attributable at-fault crashes, to complete paper records of duty status (RODS) instead of using an ELD. OOIDA maintained it believes that the exemption would not have any adverse impacts on operational safety as motor carriers and drivers would remain subject to the hours-of-service regulations as well as the requirements to maintain paper RODS. FMCSA requests public comment on OOIDA’s application for exemption. Comments must be received on or before Feb. 1.