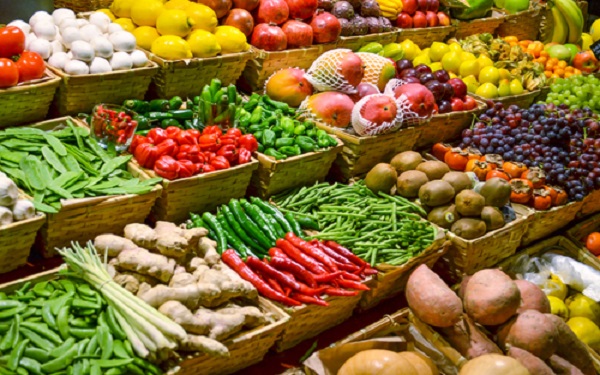 The new federal mandate requiring electronic logging devices could result in shoppers seeing grocery prices rise.
Some truckers are experiencing difficulties and delays as they switch from paper logbooks to the devices, which plug into a truck’s engine.
Those delays mean truckers aren’t covering as much distance or making the same number of runs as before, driving up the cost of produce coming from California, Arizona and Florida, according to longtime Chicago produce wholesalers like Anthony Marano Co. and Testa Produce. And those price hikes eventually will be passed on to consumers, they say.
“You’ve created this whole logistical nightmare and for what? Why?” said Peter Testa, president of Testa Produce.
The electronic devices hold drivers to a more rigid compliance with hours-of-service regulations, which federal regulators and law enforcement officials say is needed to prevent fatigued driving. The Federal Motor Carrier Safety Administration estimates the devices will eliminate 1,844 crashes, prevent 562 injuries and save 26 lives annually. Time will tell if those numbers prove true, but the mandate’s already affecting local businesses.
Both Testa and Jason Nitti, transportation manager of Anthony Marano, said they’ve had to pay significantly more for produce, though factors like high diesel prices also likely contributed.
For Pete’s Fresh Market, a 12-store grocery chain in the Chicago area, truckloads of produce from Mexico have roughly doubled in cost since the new devices were mandated — from about $2,400 for 40,000 pounds of produce to more than $5,000, said produce buyer Kenneth Moore. Pete’s has been able to absorb much of those costs, but the company’s had to mark up items like bananas and lettuce, for example, by 20 cents, Moore said.
“When you’re talking $3 to $4 more a box, that really has an impact on retailers,” Moore said.
The underlying rules for driving time haven’t changed; just the tool for measuring compliance. Truckers can drive no more than 11 hours in a 14-hour period of time, followed by at least 10 hours of mandatory rest, according to federal regulations.
So far, the Illinois Trucking Association has remained neutral on the issue because its members are divided, said Matt Hart, the group’s executive director. More than half of members surveyed were already using the devices before the mandate, Hart said.
Controversy over the devices is bringing to light needed changes in the underlying hours-of-service regulations to allow drivers more flexibility in determining when they rest, Hart said.
“At the end of the day, drivers know best when to get some rest — not some bureaucrat in D.C.,” Hart said.
Source: Chicago Tribune