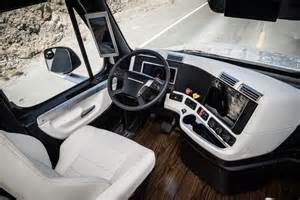 Will there be a future for driverless trucks in logistics? Will that future arrive soon or many years from now, if ever?
Those are two of the most common questions I hear about driverless trucks, or to use the term preferred by the Department of Transportation, autonomous vehicles, which includes both cars and trucks.
“It’s really interesting how [activity around driverless vehicles] has developed fairly rapidly over the last couple of years,” said Jeff Potts, Senior Vice President Business Development at LeanLogistics, in a recent Talking Logistics episode. “Today, there are 8 states in the country, including Nevada, California, Michigan, Florida, North Dakota, Tennessee, Utah, and Arizona that are allowing the testing of self-driving vehicles on certain roadways.”
Potts also pointed to other developments, including the creation of the Self-Driving Coalition for Safer Streets, established in April 2016 by Ford, Google, Lyft, Uber, and Volvo Cars with a mission to “promote the benefits of fully self-driving vehicles and support the most safe and rapid deployment possible of these innovative and potentially life-saving technologies.” David Strickland, who most recently served as the fourteenth Administrator of the National Highway Traffic Safety Administration (NHTSA), is the organization’s counsel and spokesperson.
Potts also highlighted Otto, a startup launched by a group of former senior Google employees that aims to convert existing trucks into driverless ones.
More developments have occurred since our conversation back in July. In late August, for example, Uber bought Otto, and earlier this month, it tested self-driving cars in Pittsburgh. And just last week the U.S. Department of Transportation (DOT) issued federal policy for the safe testing and deployment of automated vehicles. As summarized in the press release:
The policy sets a proactive approach to providing safety assurance and facilitating innovation through four key parts. Vehicle performance guidance uses a 15-point Safety Assessment to set clear expectations for manufacturers developing and deploying automated vehicle technologies. Model state policy delineates the Federal and State roles for the regulation of highly automated vehicle technologies as part of an effort to build a consistent national framework of laws to govern self-driving vehicles. Finally, the policy outlines options for the further use of current federal authorities to expedite the safe introduction of highly automated vehicles into the marketplace, as well as discusses new tools and authorities the federal government may need as the technology evolves and is deployed more widely.
Why is there so much interest in driverless trucks? Is it just a technological novelty or is there a compelling business case? …Potts’ perspective:
“If you can shift to an autonomous vehicle that can run 24x7x365 and start doing the math on it,” explained Potts, “you can envision a future where the same amount of freight gets hauled with 40 to 50 percent less vehicles on the road, and all of a sudden you’re creating driver jobs that are more local pickup and delivery…So it becomes a very compelling business case where you could see a decline in rates for shippers, you could see an increase in return on investment for carriers because of higher asset utilization, and you could see a decline in the number of trucks on the road and reduce the congestion on our already overloaded highway infrastructure.”
Of course, there are a lot of skeptics out there who don’t believe we’ll see driverless trucks anytime soon on our roads — if ever. “If we can’t get Congress and states to approve heavier trucks, I don’t see them approving driverless trucks” is one argument I often hear. What are the biggest hurdles the industry must overcome to enable broad adoption of driverless trucks? What will it take to overcome those hurdles? Potts shares his thoughts:
“I think platooning is potentially a great way to start getting autonomous vehicles in the marketplace because it’s a bit of a step change,” said Potts. “You still have a driver in the front truck leading the pack with the other driverless trucks following in close proximity. There are fuel consumption benefits from drafting, as well as cost benefits because you don’t need to have a driver in every vehicle. But it’s also a smaller leap for the government and the driving public to take; they would feel more comfortable knowing there’s still a driver behind the wheel who can take control if something from a technology perspective goes wrong and prevent a safety issue.”