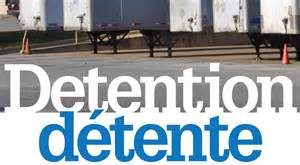 A data-collection effort relative to the problem of detention at shipper and receiver docks has gotten under way at the Department of Transportation Office of Inspector General. The effort could lead in many directions, holding implications both for future adjustments to the hours of service regulations and/or adoption of some form of mandated detention pay, which the Obama administration’s DOT has twice pursued unsuccessfully in iterations of its Grow America Act draft highway bill.
In an announcement posted to the OIG website June 15, DOT noted it was moving forward with an audit of loading/unloading delays whose goals are commensurate with FAST Act requirements that DOT “report on the impact of loading and unloading delays in areas such as the economy and efficiency of the transportation system.” Notably, delays’ impact on safety and driver pay/income, too, were Congressionally-required considerations for the report.
DOT OIG noted a twofold short-term objective to “assess available data on motor carrier loading and unloading delays” and “provide information on measuring the potential effects of loading and unloading delays.” It also placed the detention-data effort in the context of the hours of service regulations and the burden placed on drivers attempting to comply with the 14-hour daily on-duty limitation, a perennial concern of Overdrive readers.
“Truckers who experience these delays” at shipper/receiver facilities, OIG said, “may then drive faster to make deliveries within hours-of-service limits or operate beyond these limits and improperly log their driving time, thus increasing the risk of crashes and fatalities.”
Many drivers have long argued for flexibility within the 14-hour daily on-duty maximum limitation, in part given the prevalence of delays at shipper and receiver facilities, with some in recent years going as far as calling added flexibility the right move for highway safety.
Notably, also, FMCSA has instituted a study of the effects of split sleep on driver fatigue. As recently as January, the agency had partnered with Virginia Tech and expected to begin recruiting drivers to participate this year. Queried on study progress today, FMCSA spokesman Duane DeBruyne said a Federal Register notice later this summer would outline “further details about the scope of the study.”
More “immediately important,” he added, the notice will “provide information on how interested carriers and drivers may sign-up to possibly participate in the study.”
One carrier, meanwhile, continued to operate under a special-case exemption to the limitations placed on splitting 10-hour sleeper berth periods (periods of 8 and up to 2 hours are allowed), with certain restrictions. In 2015, when that exemption was first reported in Overdrive, FMCSA officials indicated willingness to study the possibility of liberalizing the sleeper split regulations, given the changing science behind sleep.
The OIG’s effort on detention, meanwhile, will ultimately lead not just to the report on detention mentioned above but to regulation regarding the collection of detention data. The FAST Act highway bill stopped well short of the Obama administration’s preferred move to require carriers to pay drivers at least minimum wage for all on-duty not-driving time. At once, the bill required establishment of regulation within two years of passage to set up “a process to collect data on delays experienced by operators of commercial motor vehicles before the loading and unloading of such vehicles and at other points in the pick-up and delivery process.”