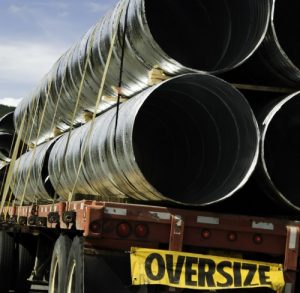 Recently introduced legislation to allow heavier trucks on federal interstate highways is facing opposition from influential trucking groups and highway safety advocates, each of which has written Congress to make point-by-point objections to a 91,000-pound limit.
“This is an ill-conceived policy which will have negative impacts on both the safety of our highways and the efficiency of freight movement across the country,” says Owner-Operator Independent Drivers Assn. (OOIDA) President Jim Johnston, referring to the Safe, Flexible, and Efficient (SAFE) Trucking Act. “Legislation increasing truck weights is both dangerous and unnecessary.”
In its letter to the members of the House, OOIDA cites government data that indicates trucks over 80,000 pounds have nearly 20% more brake violations.  They also have higher overall violations—including out-of-service violations, compared to trucks at or below the current weight requirement, OOIDA contends.
As for the impact of heavier trucks on the nation’s roads and bridges, “the last thing our industry—and our country—needs is a larger payment when it comes to infrastructure funding,” Johnston writes.
The small-business trucking group also emphasizes that heavier trucks require greater skill to handle safely. “To think that Congress would increase truck weights before moving forward with driver training standards is both alarming and shows a lack of understanding of the industry,” OOIDA says.
The Truckload Carriers Assn. (TCA) wrote directly to Rep. Reid Ribble (R-WI), author of the legislation, to voice its concerns. “While this provision attempts to improve trucking productivity on our highways, it clearly would only benefit a minority of the industry,” TCA Chairman Keith Tuttle says.
TCA points to costly retrofits not only to add an additional axle, but to include trailer reinforcements, kingpin upgrades, higher rated tires, and engine improvements in order to accommodate the increased weight. And just the upgrades will add up to 2,500 pounds to the weight of a trailer, and have a negative impact on fuel economy of 0.5 mpg even when the trailer is unloaded.
And while only a small percentage of truckload carriers would be able to take advantage of the weight increase, “market pressures” would compel all carriers to invest in equipment many would rarely benefit from.
“The truckload industry simply cannot afford the adoption of a policy which would support allowing 91,000 pounds on six axles,” TCA says. “Truckload’s experience with prior industry shifts (maximum trailer length increasing to 53 from 48 feet, GVW increasing from 73,280 to 80,000 pounds) suggests that the market will not encourage the operation of equipment that doesn’t meet the maximum allowed size. As has happened before, maximum limits would become the norm and carriers would face tremendous pressure to adjust their equipment … despite the fact that they will likely never recoup the costs of the adjustment or haul loads requiring the sixth axle.”
The Truck Safety Coalition likewise takes Ribble to task. “Based on a letter he sent to Department of Transportation Secretary Foxx detailing his eagerness to see the results of the Comprehensive Truck Size and Weight Limits Study, it is surprising that Rep. Ribble ignored the results,” the coalition wrote to supporters, urging them to contact their representatives in Congress.
The safety groups point out that DOT concluded that there should be no increase to truck size and weight due to a lack of data.  And of the data that was available, trucks experienced a 47 percent increase in crash rate.
Among its “talking points,” the coalition cites increasing truck fatality rates, its own public opinion survey which showed strong opposition to bigger trucks, road damage because of increased weight, and even the opposition by trucking groups.
“Congress must do all it can to improve truck safety and keep our roads safe increasing truck weights will not do that!” the email concludes.
In introducing the legislation, Ribble said he planned to attach it the highway bill being developed in the House. Progress on the next surface transportation reauthorization, however, has been slow. The latest extension of MAP-21, the current federal highway funding package, expires at the end October.