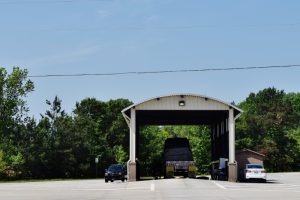 The Federal Motor Carrier Safety Administration’s Safety Fitness Determination (SFD) rulemaking proposal would change the three-tier Satisfactory, Conditional, Unsatisfactory rating system to a simplified system in which the only rating is Unfit. All other carriers would be presumed fit to operate. FMCSA has touted this rule as a marked improvement, allowing the agency to assess many more carriers than it does currently.
More carriers do meet the minimum-data-sufficiency thresholds — 11 inspections as proposed — to potentially receive the Unfit rating than get reviewed at all under the current rating regime. But a new analysis by the CSA data-mining firm Vigillo concludes the SFD’s roadside-data-only methodology to determine an unfit carrier is ineffective “in identifying a significant number of riskier carriers based on the data alone.” Vigillo released its analytical results May 23.
Compared to the current rating process, which relies heavily on cumbersome on-site and off-site investigations of individual carriers by state and federal personnel, the SFD would usher in an era in which it’s possible to deem a carrier unfit on the basis of roadside inspection data alone.
A carrier’s on-highway performance in relation to a fixed failure threshold established in the rule for five BASICs — Hours of Service Compliance, Driver Fitness, Unsafe Driving, Vehicle Maintenance and Hazardous Materials — would be considered under the proposal. Failure of any two would result in an Unfit rating.
Vigillo’s analysis shows just how small the number of carriers that would be deemed unfit under the roadside-data-focused side of the SFD system really is.
Once you subtract, as per the SFD’s terms, the Non-English speaking driver violation from the Driver Fitness BASIC, however, according to Vigillo, the SFD rule “identifies exactly 67 Interstate Motor Carriers as Unfit.” (FMCSA specifically seeks comment on whether to include the Non-English speaking driver violation, according to the SFD rule proposal. The Agency based its decision to do its accompanying analyses without this violation “based on the Commercial Vehicle Safety Alliance’s … 2014 decision to remove this violation from its out of service criteria.”)
This amounts to a 0.4-percent improvement over the current system, as Vigillo has it, which the company notes is akin to a weight-loss improvement from 250 pounds to 249, or reducing a marathon-run time from 260 minutes to 258.9 minutes, the company says.
“If we reduced the headcount of Federal Government employees of 2.7 million by 0.4 percent, we’d still have 2.7 million,” Vigillo’s analysis states.
That’s all by-the-numbers alone. As the SFD is proposed, an investigatory apparatus resembling the current one in place today would remain. All failure determinations for individual Crash Indicator and Controlled Substances/Alcohol BASIC categories of measurement would occur only after the result of an investigation. Vigillo’s estimates don’t account for those failure determinations.
The first open comment period closes today, after which a reply-comment period intended to allow response to initial public submissions will open for 30 days, FMCSA says.