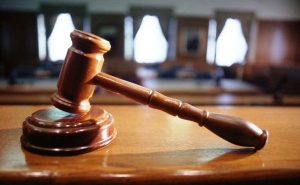 The court overseeing the lawsuit against the U.S. DOT’s electronic logging device mandate has granted the DOT a roughly two-week extension to file its court-required response to the litigation.
The DOT’s Federal Motor Carrier Safety Administration’s response was originally due May 31. But the federal 7th Circuit Court of Appeals granted the agency a 15-day extension, as requested by FMCSA on May 16, court documents show.
FMCSA must now issue its response by June 15. The plaintiffs in the case, which includes the Owner-Operator Independent Drivers Association and truckers Mark Elrod and Richard Pingel, under the new schedule now have until June 29 to file a court response to the agency’s brief.
OOIDA filed its complaint against the agency and its mandate in late March, saying the rule violates truckers’ constitutionally protected privacy rights and does not promote safety.
The trio of plaintiffs — OOIDA, Elrod and Pingel — successfully challenged FMCSA’s previous e-log mandate, winning an August 2011-issued decision by the same court overseeing the current proceedings, the 7th Circuit Court of Appeals.