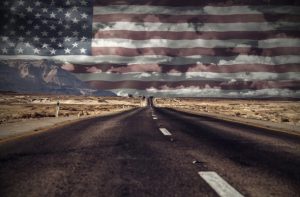 In what is bound to be chronicled as a historic presidential campaign, the spectacle of grade-school bullying combined with major partisan regroupings have often drowned out the rhetoric of everyday issues. However, The Hill compiled various interviews to suss out the three remaining candidates’ plans for infrastructure development.
Donald Trump, Hillary Clinton and Bernie Sanders have all voiced support for increased funding of the nation’s transportation system, some offering more details than others.
Trump, the only Republican candidate, is taking a more liberal stance on infrastructure investment than some of his party mates. He has expressed dismay at the lack of spending on infrastructure in recent years and seems to support a tax increase of some kind to fund future development; however, he has not provided details of any such plan.
Clinton has offered a specific plan to invest $275 billion in infrastructure improvement over five years with accompanying efforts to make regulatory changes that will hasten new projects. Unspecified business tax reforms are the basis for funding this plan.
Sanders, meanwhile, wants to put an astounding $1 trillion into infrastructure during the same time period, partly by closing loopholes in corporate tax policies. Generating the full amount would require more aggressive means than that, but the Senator has not provided additional details of his plan. For more on each candidates’ plans, see the full story from The Hill.