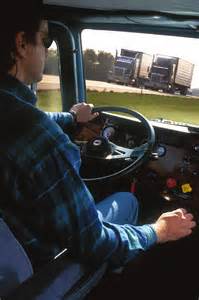 ARLINGTON, Va. — According to a new analysis by the American Trucking Associations, the shortage of truck drivers has grown to nearly 48,000 and could expand further because of industry growth and a retiring workforce.
“The ability to find enough qualified drivers is one of our industry’s biggest challenges,” said ATA President and CEO Bill Graves. “This latest report plainly lays out the problem — as well as some possible solutions — to the driver shortage.”
The report, ATA’s fourth major analysis since 2005, shows that by the end of 2015, the driver shortage will reach nearly 48,000. If current trends hold, the shortage may balloon to almost 175,000 by 2024.
Those numbers are a change from previous projections.
Last summer, the ATA said the current shortage was between 35,000 and 40,000 with a possible shortage of 200,000 by 2024.
ATA Chief Economist explained the change in projections.
“As with many long-run projections, it is not uncommon for there to be what appear to be large revisions,” he said. “In doing this analysis, ATA did not survey fleets about their openings and project, but instead looked at demographic trends, hiring data and projections of freight volumes, all of which contributed to a lower potential shortage figure in 2024.”
Costello said the analysis also showed that the shortage is not strictly a numbers problem, but also a quality problem.
“Fleets consistently report receiving applications for open positions, but that many of those candidates do not meet the criteria to be hired. According our research, 88 percent of carriers said most applicants are not qualified.”
Other key findings of the report:
– Over the next decade, trucking will need to hire 890,000 new drivers, or an average of 89,000 per year.
– Roughly half, 45 percent, of demand for drivers comes from the need to replace retiring drivers; industry growth is the second leading driver of new hiring, accounting for 33 percent of the need.
– ATA’s analysis does not factor in the impact of federal regulations — like electronic logging — on the shortage.
“Our work shows the great and growing need for drivers,” Costello said, “but we also highlight several solutions including increasing driver pay, getting drivers more time at home, as well as improving the image of the driver and their treatment by all companies in the supply chain. Make no mistake, the driver shortage is a challenge, but it is not an insurmountable one.”