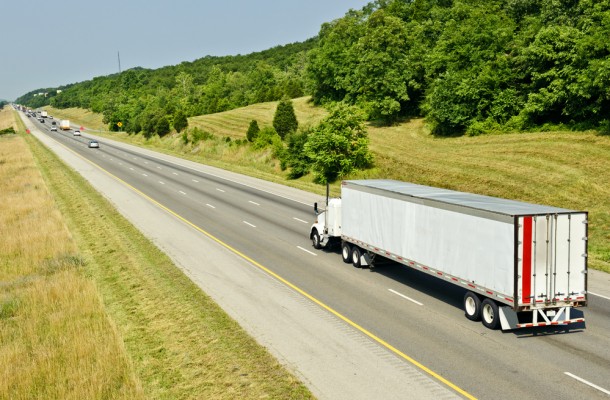 It’s a new year and certainly a new era in the nation’s capital. No better time for assessing your operation, including a few words of wisdom from those in the industry.
Based on Overdrive’s pre-election polling, about three in four readers are happy with the change in the White House and anticipate President-elect Donald Trump making some big changes. National Association of Small Trucking Companies President David Owen likewise looks forward to “working within the new administration to slow down, stop and roll back the avalanche of regulations that has been dumped on our industry over the past eight years.”
There’s a good basis for what Owen foresees, but the economy is harder to predict, as various indicators show. Comparing freight demand year over year, it’s been negative since early 2015, according to the Cass Freight Index on expenditures. Still, the year-over-year demand has been moving closer to positive territory since early summer.
Considering trailer orders as a short-term indicator, things look split. “Dry and refrigerated vans, which are closely tied to the consumer sectors of the economy, are maintaining much of their strength,” says Don Ake, vice president of commercial vehicles for FTR Transportation Intelligence. “Flatbeds and other trailers connected to the industrial side of the economy have fallen off significantly the second half of 2016.”
Flatbeds could be in demand, though, as analyst Chris Brady of Commercial Motor Vehicle Consulting sees it. “The construction sector will be one of the fastest growing sectors of the U.S. economy in 2017,” he says. “Local/regional freight volumes will continue to steadily expand at sluggish-to-moderate growth rates, led by building materials/product shipments.”
Considering these and other factors, including continuing weak growth in exports, Brady concludes, “The linehaul freight environment will improve through 2017 as the inventory correction decreases, while mining output moderately trends upward.”
While you can’t control fickle economic forces, you have control over your operation. Radio host Kevin Rutherford, a long-time presenter at Overdrive’s Partners in Business seminars, urges those with much time left in the industry to take more charge over their career path.
For too many company drivers, he writes, that path often starts with: “Drive for five companies in five years and realize you’re not making minimum wage.” Now, he writes, the path points toward this ending: “Get replaced by an autonomous truck.”
Instead, company drivers should try to become a leased owner-operator. Leased guys should look into getting their own operating authority, or even becoming a small-fleet owner or a broker.
“Autonomous trucks can and will replace drivers, but they can’t replace critical-thinking, problem-solving, successful business owners,” he writes.
Rutherford adds to that the ability to embrace new technology, which “always favors the little guy – if you understand it and use it.” Bill Vitti, chief sales officer of load-matching company Truckstop.com, shares a similar view.
“I recommend leveraging technological solutions that are available to help you improve decision making quality and enhance business success, thus allowing you to focus more on your core competencies,” Vitti says. “Also, business is still about relationships, so I recommend doubling down on relationships with a few core strategic technology and customer partners.”
The kind of owner-operators Vitti and Rutherford have in mind are mirrored by the average client of financial services provider ATBS, topping $60,000 in net income in 2015 and poised to do at least that well for 2016. Also consider the thousands of above-average operators, earning $70,000, $80,000 and more.
If you’re struggling to run that kind of operation, there are plenty of tools to help you with technology, financial planning, load evaluation, you name it. These include programs, materials and services from most of the sources listed above, as well as others inside and outside the industry.
“Focus on your life and your business,” Rutherford says. “There are some really exciting things that are going to happen in the transportation industry if you are ready.”