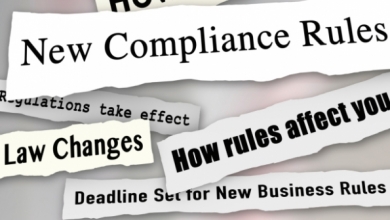 LOUISVILLE. The Owner-Operator Independent Drivers Association has launched a campaign to encourage its members to push back against excessive trucking regulations, including the pending electronic log mandate.
The “Knock Out Bad Regs” push will give OOIDA members the tools to hold the Administration and Congress to their pledge to reduce regulations, according to the small-business trucking group, which kicked off the effort at the Mid-American Trucking Show.
“We are concerned that the promise to reduce regulations will instead turn into an effort by policy makers in Washington D.C. to add even more burdensome regulations,” said Todd Spencer, executive vice president. “Congress should be working to eliminate costly regulations like ELD’s and speed limiters rather than adding even more rules and red tape.”
“Knock Out Bad Regs” is designed to educate and encourage members on what they need to do to identify their lawmakers in Washington and reach out to them effectively.
“Our members have always been highly engaged in the process,” said Todd Spencer. “But there is an urgent need to increase the volume going forward.”
OOIDA recently signed on to a joint letter with 16 other organizations asking for a delay and repeal of a federal mandate for electronic logging devices.
The letter, addressed to Dept. of Transportation Secretary Elaine Chao, also urges the elimination of a proposed speed limiter rule by the Federal Motor Carrier Safety Administration.
The letter, OOIDA says, is a response to President Donald Trump’s Executive Order titled “Reducing Regulation and Controlling Regulatory Costs.” This Jan. 30 order requires the elimination of two existing regulations for each newly proposed federal rulemaking.
“We believe the elimination of these rules would provide substantial regulatory relief to a wide variety of industries,” said Collin Long, OOIDA director of legislative affairs.
Citing control of regulatory costs, the letter states that the ELD mandate alone is estimated to be a whopping $2 billion, making it one of the most expensive of all federal rulemakings advanced by the Obama administration. FMCSA’s proposed speed limiter rule would add another $845 million in implementation costs to members of the organizations listed.
In the request to eliminate these two rules, the letter points out to Secretary Chao that “of all the regulations your department will consider repealing under the Executive Order, none will have a greater positive impact on American businesses than these two costly and burdensome rules.”